* Bilawal says despite rigging and violence by PTI, PPP has emerged as largest opposition party in AJK
* Maryam says she has neither accepted poll results nor will ever accept those 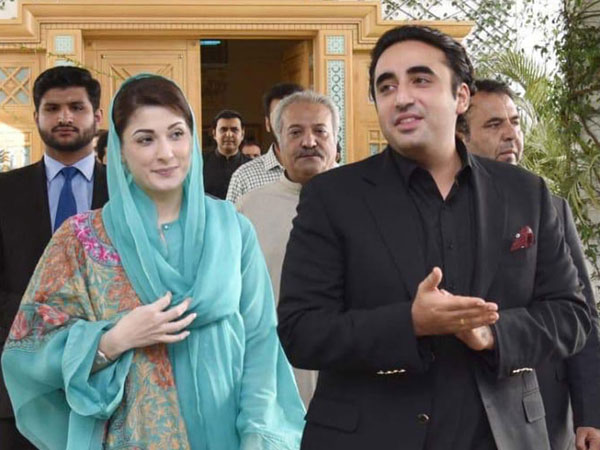 PPP Chairperson Bilawal Bhutto Zardari and PML-N Vice President Maryam Nawaz on Monday alleged that the PTI won the Kashmir elections through ‘rigging’, and rejected the results of the elections held a day earlier on Sunday.

Taking to Twitter, Bilawal Bhutto claimed the election commission had failed to take action against the PTI for violating electoral rules. “Despite this, PPP emerged as the largest opposition party in AJK with 11 seats, up from 3 seats last time. incredibly proud of PPPAJK for putting up a good fight,” the PPP chief tweeted, while sharing the list of the party’s winning candidates.

Meanwhile, PML-N Vice President Maryam Nawaz tweeted that she has not accepted the results and will never accept them. “I did not accept the 2018 results either or acknowledge this fake government,” she added.

Maryam praised the party workers for “putting up a good fight” despite “violence and rigging by PTI” in the Kashmir elections. “What response we will come up with for this shameless rigging, is a matter that the party will decide soon, InshaAllah.”

In another tweet, she praised the party workers for fighting against all odds in the elections. ?”I would like to commend all the voters and workers of PML-N for their courage and bravery. I am very proud of them,” she added.

Soon after, PML-N Information Secretary Marriyum Aurangzeb was quoted on the party’s Twitter account as saying that “25 July 2021 polls in [AJK] were a replay of 2018 [general] elections” which her party has long maintained were rigged. “The PML-N was leading till the count of the common man’s [votes], but when it stopped, vote thieves took the lead,” she said in a series of tweets.

She further said that had the PTI won after garnering the votes of “the common man”, the PML-N would have been genuinely happy and even congratulated the ruling party. “The common man does not vote for those who sold out Kashmir” and those responsible for “the rising prices of essential commodities in the country”, she said, alleging that “Prime Minister Imran Khan has unwavering belief in stealing votes.”