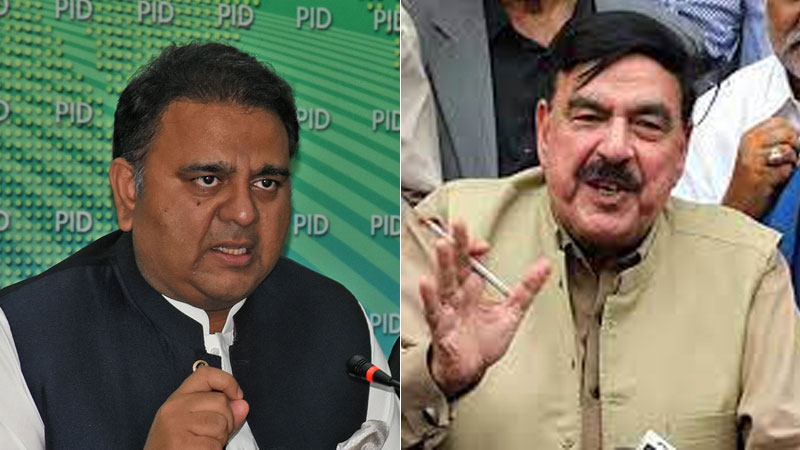 “If both Bilawal and Maryam had any moral courage, then they should accept responsibility for the drubbing at the hands of PTI and better gracefully resign to make way for the fresh leadership,” he said while addressing a press conference here along with Minister for Kashmir Affairs and Gilgit Baltistan Ali Amin Gandapur.

The minister said the Pakistan Tehreek-e-Insaf (PTI) had got a massive mandate in the Azad Jammu and Kashmir (AJK) elections, which would have a far reaching consequences and impact for the region. He said the false narrative of rigging had vanished with a huge turnout of over 70 percent. “Such a landslide victory could not be the outcome of manipulation,” he said, adding that it was rather a manifestation of the people’s confidence in the leadership of Prime Minister Imran Khan, who was the most popular leader not only in the AJK but also across the Line of Control. With a huge mandate for the PTI, the AJK people had in fact given a new hope to their brethren facing Indian reign of terror in the occupied Jammu and Kashmir, he remarked.

Fawad said the AJK people have fully banished the narrative of Maryam Nawaz, who was targeting the national institutions. Her father Nawaz Sharif’s meeting with Afghan National Security Adviser Hamdullah Mohib a day before the polling day, he added, also did convey a negative message to the voters. Like Pakistan and Gilgit-Baltistan, the parties with hereditary leadership had been routed in the AJK polls since the people there had rejected their narrative, he added.

The minister said Bilawal had given a ‘gift’ of the party’s defeat the AJK elections to his father Asif Ali Zardari on his birthday. The PPP, once a major political force in the country, had now been squeezed to just once province and it would also vanish from Sindh on account of misrule and bad governance, he added.

Minister for Kashmir and Gilgit-Baltistan Affairs Ali Amin Khan Gandapur said the forthcoming government of PTI in AJK would fulfill promises made to Kashmiris during election campaign. He said the PTI government would announce a complete package at par with GB, based on transport infrastructure development, tourism and uplift of poor people.

He said the PTI had provided opportunity to new party workers to contest AJK elections so that they could highlight the case of Kashmir effectively after becoming the member of legislative assembly.

Minister for Interior Sheikh Rasheed said former prime minister Nawaz Sharif was a “product of military’s nursery” and now he is speaking ill against the same army. The minister, speaking at a press conference in Islamabad, asked the former prime minister and PML-N supremo to come back to Pakistan and face the corruption cases. The interior minister claimed Nawaz could go to any lengths to propagate his agenda as he was against the army, establishment, and Prime Minister Imran Khan.

Special Assistant to the Prime Minister on Political Affairs, Shahbaz Gill, tweeted: “What difference does your accepting or rejecting [of the result] make. You did not even accept the ownership of any of the properties [in London]. But then you had to, and you will have to accept this [result] as well.” Federal Human Rights Minister Shireen Mazari, meanwhile, termed the PML-N’s defeat “a damning indictment of their (the opposition) failure to deliver to the people of AJK and their silence on IIOJK.”