* Imran Khan says as an ambassador of Kashmir, he will continue to raise his voice on all international forums, including UN 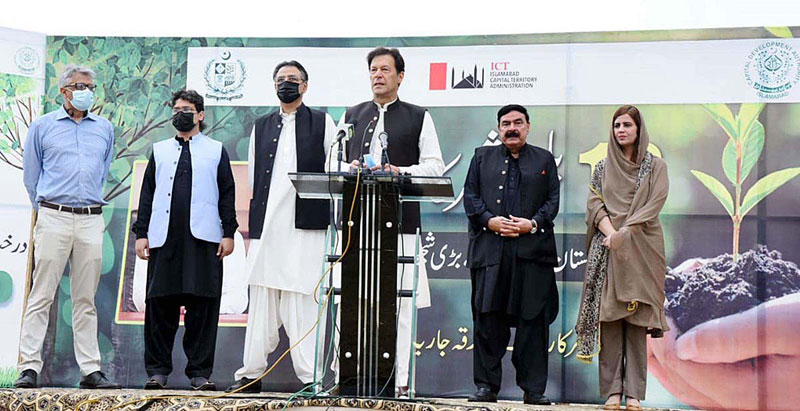 Prime Minister Imran Khan on Monday thanked the people of Azad Jammu and Kashmir (AJK) for placing their trust in the Pakistan Tehrik-e-Insaf (PTI) through their votes, which resulted in its electoral victory.

Imran Khan, in a tweet, said the government would focus on bringing the people out of poverty through the Ehsaas and Kamyab Pakistan programmes and establish accountability and transparency in governance. The prime minister further said as an ambassador for Kashmir, he would continue to raise his voice on all international forums, including the United Nations, to ensure the world community fulfils its commitment of self-determination to the Kashmiri people through a UN-sponsored plebiscite.

Separately, Prime Minister Imran Khan has expressed the confidence that the seaports of Pakistan in near future would transform into important trade routes up to Central Asia under the China-Pakistan Economic Corridor (CPEC).

The prime minister, in a meeting with Adviser on Commerce Abdul Razzak Dawood, said Pakistan welcomes the strengthening of trade relations with the Central Asian States for economic prosperity of the entire region. Imran Khan, who recently paid a visit to Uzbekistan along with a high-level delegation, said Pakistan has the potential to offer Central Asia a short land route to access the sea.

Meanwhile, Prime Minister Imran Khan said as Pakistan faced the impending challenge of climate change, massive plantation was the solution to reverse the negative impacts of environmental degradation. Addressing at the launch of nationwide monsoon tree plantation drive, the prime minister said deforestation had resulted in an increased levels of air pollution and temperatures in the country, which required a special focus on planting trees. At the federal capital’s Fatima Jinnah Park, the prime minister planted the sapling of Avocado (Persea Americana) fruit tree to kick off the plantation campaign.

Speaking on the occasion, the prime minister said the plantation under the Ten Billion Tree Programme would help the country gain its required forest cover, which was unfortunately quite less compared with other countries in the region. He said ruthless tree-cutting during the previous governments had led to rising pollution in big cities and emphasized that trees were the natural remedy to absorb the airborne pollutants.

Prime Minister Imran Khan reiterated that provision of essential commodities to the people at suitable prices was a top priority of the government. He directed the provincial chief secretaries to ensure proper legal action against officials showing negligence with regard to ensuring prices of daily use items. The prime minister while chairing a meeting to review prices of essential commodities, further directed that besides ensuring suitable prices of daily use items through the Competition Commission of Pakistan, extensive action against profiteers and mafia should continue, providing relief to the public.