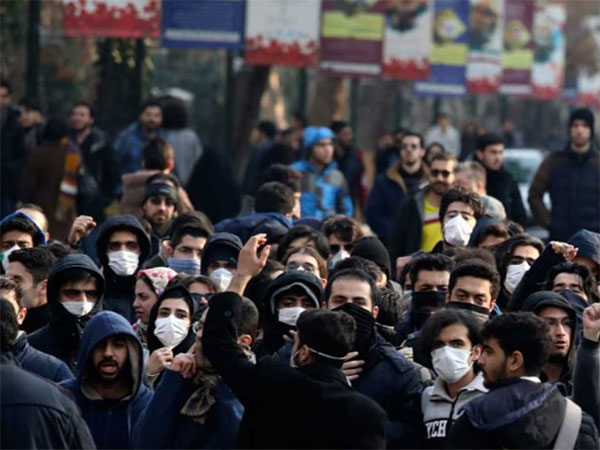 Dozens demonstrated on Monday at a rally in the Iranian capital Tehran against power cuts amid a drought, the state television website reported, with some people chanting “political” slogans.

The demonstration follows protests over water shortages that began more than 10 days ago in the southwest, where at least four people have been reported killed, according to Iranian media.

In central Tehran, a “limited gathering” began before noon when some shop owners at the Aladdin and Charsou malls, two of the main mobile and tech markets, marched down Jomhouri Street to “protest problems caused by power cuts”, state TV reported.

“At the same time, a group tried to use the dissatisfaction and make it political” by chanting “norm-breaking slogans”, it added.

The term “norm-breaking” is regularly used by Iranian media to refer to slogans critical of the authorities in the Islamic republic.

A video posted on Twitter by the ultraconservative Fars news agency showed protesters blocking the busy street, with security forces on motorcycles present nearby.

Fars said the gathering comprised “about 50 people”, some of whom chanted “political slogans”.

These included “Neither Gaza nor Lebanon, my life for Iran” and “Police, support us”, the video showed.

Iran does not recognise Israel, and support for the Palestinian cause and groups such as Lebanon’s Hezbollah has been a pillar of its foreign policy since soon after the 1979 Islamic revolution.

A power company spokesman told Fars that Aladdin mall had been notified ahead of a two-hour power cut over “excessive usage”.

At about 4 pm (1130 GMT) on Monday, there was a police presence around Aladdin, but traffic volumes appeared normal and power there had been restored, an AFP journalist said.