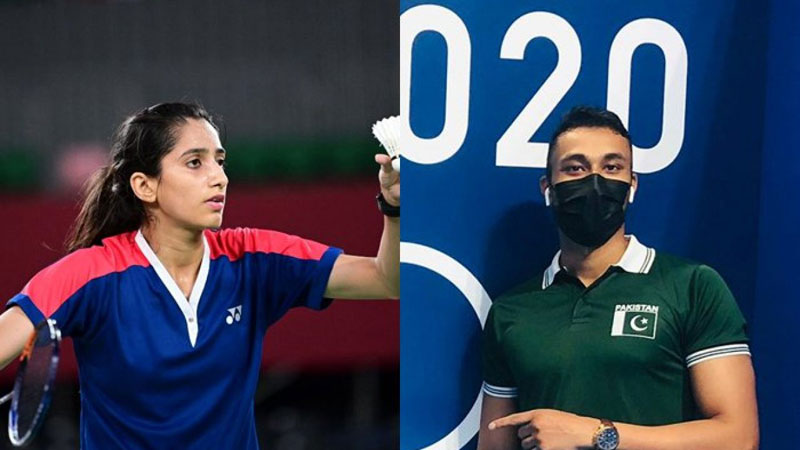 LAHORE: Two Pakistan athletes, Mahoor Shahzad and Haseeb Tariq, will be in action on Tuesday (Today) for their respective competitions at the Tokyo Olympics. Mahoor, Pakistan’s top shuttler, will play her second group match of badminton women’s singles against Britain’s Kirsty Gilmour. Mahoor is currently ranked 133 in the world, while her opponent is in the 26th spot. She earlier went down against Japan’s Akane Yamaguchi in her maiden Olympic women’s single badminton match on Saturday with a score of 21-3 and 21-8. Mahoor’s match is scheduled to start at 10:00am Pakistan time. The Pakistani shuttler is hopeful of a good show against the higher-ranked player. Swimmer Haseeb will jump in the pool during heat number 2 of men’s 100m freestyle swimming. As many as 71 swimmers will be in action during nine heats aiming for the semifinal berth. Haseeb will have to finish among the top 16 best with timing, regardless of heat number, to qualify for the semifinal which will take place on July 28. The top eight of the semifinals will play for the medal on the 29th. The 25-year-old swimmer currently holds Pakistan’s national record of 100m freestyle with personal best timings of 53.34 seconds and he is aiming to better his own record during Tokyo Olympics. He will have to swim the 100m in not more than 48 seconds if he wants to qualify for the next stage. Pakistan’s female swimmer Bisma Khan will be in action on Friday for women’s 50m freestyle heats.