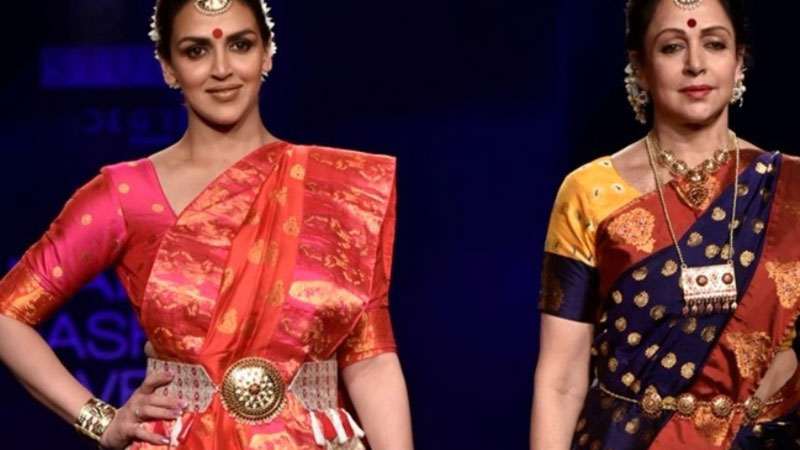 And she is even more excited to see her father pairing up for a romantic character opposite Jaya Bachchan.

Recently, during an interview with The Times of India, Esha spilled the beans about her new role as a producer and also about the upcoming plans of her father Dharmendra and mother Hema Malini.

Sharing more deets about it, she said, “I’m really looking forward to seeing him back on screen with another favourite of mine, Jaya aunty. I love her. Karan Johar makes brilliant films so we will all look forward to watching Rocky Aur Rani for sure. I wish them all of the best!”

Sharing more about her mother Hema, she stated, “An actor will always be an actor, so she is again looking for the right script to come her way, to give her time, energy, passion towards her craft. I think just that one script needs to click with her and she will do it.”

Recently, Esha announced Bharat Esha Films, a production house she has launched with husband Bharat Takhtani. The first film to be backed by this production house is “Ek Duaa” directed by Ram Kamal Mukherjee, who earlier directed the actress in the short film “Cakewalk”. The film stars Esha in the lead.