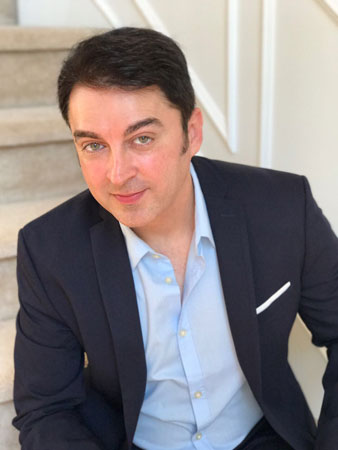 He, however, calls his stint at direction, the most satisfying. “I do like acting, but when you’re directing, the entire film is your vision,” he told indianexpress.com.

Jugal, who started modelling at five, went on to do films including Aa Gale Lag Jaa, Papa Kehte Hai, Salaam Namaste, Aaja Nachle and Kahaani 2. He eventually turned writer-director with Roadside Romeo and Pyaar Impossible. “While modelling, I ended up being the face of some 25 products. My elder brother, who I’m more scared of than my father, made sure nothing went to my head after I became popular post Masoom

Masoom was Jugal’s first film around the age of 10. He revealed that initially he didn’t want to do the Shekhar Kapur directorial. “I said this boy is always crying. My friends would make fun of me and call me a cry baby in school.”

Jugal said in early 1990s, he did sign several films with many big directors, but unfortunately, none managed to go on floors, until Aa Gale Lag Jaa happened when he was 21. Here, he played the lead opposite Urmila Matondkar, with whom he shared screen space as a brother in Masoom. “The media had a lovely time then. They said pehle “Lakdi Ki Kaathi” gaate the and now they’re looking into each other’s eyes

But, he wasn’t the first choice for Aa Gale Lag Jaa. He had replaced Saif Ali Khan, with whom the production team had a fallout days before the start of the shoot. Walking down the memory lane, Jugal said, “Between 18 to 21, I signed two films with Manmohan Desai and Pahlaj Nihalani, but unfortunately they weren’t starting. I did Loha starring Dharmendra as a child actor with producer Salim Akhtar. He called me and said they were starting a film at Filmistan Studio in six days since they’ve parted ways with Saif due to some issue. Songs and everything was ready and they wanted to sign me as the lead actor. I was shocked. I asked for a few hours to talk to my family. I returned to their office and signed the contract. Those days it used to be one page contact, not like today, kind of big corporate novels. They took me shopping for clothes, and in next six days, I was on set giving my first shot with Paresh Rawal.”

Jugal feels blessed that despite not coming from a film family, big directors always reached out to him on their own, even if many of those films could not roll. The actor, however, looks back fondly at his “dream project” Mohabbatein and his close association with the Yash Chopra family. Under the YRF banner, Jugal even turned a director.

‘Masoom’ was Jugal’s first film around the age of 10. He revealed that initially he didn’t want to do the Shekhar Kapur directorial. ‘I said this boy is always crying. My friends would make fun of me and call me a cry baby in school’

“Uday Chopra is a good friend, and I was close to Yash ji too. They knew I loved animation and my interest in reading about making such films. YRF was tying up with Disney at that time. Aditya Chopra casually asked me if I had ideas for animation films. A month later I gave him two, 10-page stories – one with stray dogs on the streets of Mumbai, and one with ants. He liked the stray dogs one and asked me to write the script,” Jugal shared, adding that Aditya Chopra suggested to make it a “fun Bollywood spoof with all the masala like cabaret song, villain and things we’ve grown up to.”

He said that he pitched the script in “full desi style” infront of the Disney people from LA. Then he got a little possessive. “I called the producers and told them I don’t want to part with all that I’ve written and can’t have anyone else directing it.” Aditya Chopra made the obvious decision as he already had plans of giving it to a debutant director, since nobody had experience in animation here. “Aditya said of course, why not give it to the person who wrote the script and has experience as an actor. His logic made sense, and made me equal as anyone else,” Jugal said.

Jugal’s first directorial Roadside Romeo had Saif Ali Khan, Kareena Kapoor, Jaaved Jaaferi and others as voiceover artistes. It went on to win a National Award for Best Animated Film. Jugal followed it up with his second direction – Pyaar Impossible starring Priyanka Chopra and Uday Chopra.

“Pyaar Impossible was a wonderful experience with great crew, great actors, very cooperative production team. Though it didn’t do well at the box office here, it made more money with DVDs sale abroad. Maybe the audience was different there,” Jugal said.

Though he isn’t much in touch with the Chopras today, barring Uday, he shared his memories of his association with Aditya Chopra who also directed Jugal in Mohabbatein. He said the producer-director is “extremely well organised and very good with actors.”

“Those days, getting full script was not a common thing, but I learned from him about shot break-down of every scene. I remember Priyanka pointed out that my script file was five times the size of hers, because I had full details about every scene written there,” Jugal reminisced.

While he reveals that two films with Farhan Akhtar and Ritesh Sidhwani’s Excel Productions and one with Ashutosh Gowariker failed to fly, a script with Sujoy Ghosh also couldn’t take off.

“Sujoy was so happy with Kahaani 2, I remember he messaged me from the editing room and said we’re definitely doing another film together. He even mailed me a script with an ensemble cast of five couples. He asked me to choose the role I wanted to play and he’ll do the remaining casting after that. He wanted to make it after Kahaani 2, but the script got stuck with the producer. Then Sujoy went on to make Badla, and this one couldn’t happen.”

Jugal shifted base to the US with his wife a few years back. Though he kept taking up acting projects like film Promise Dad, Time Out on Voot, TV series Grey Stories and Netflix film What Are The Odds, he confesses of getting disheartened by certain new industry standards.

Elaborating on how the casting process has changed with time, Jugal said, “Earlier directors would call me themselves. Even Manmohan Desai’s production manager would meet me directly. That’s what I’ve grown up doing. But, I noticed in last three years, despite working with big filmmakers, now they have casting directors who would reach out and tell you they want to audition you. I say I’ll audition if everybody is auditioning in the film industry. You can’t selectively say 20 per cent will not audition, 80 percent will do. Sometimes I’m more senior that the director. I feel like telling them ‘it’s you who’s approaching me, and not I’ and that they should send me the screen-test of the director first. Here, in the West everybody auditions.”

Jugal also commented on the discrimination between select actors and the remaining cast that happens on sets in current times. “I’m not complaining, but certain actors get entourage. Even when I was a main lead, I never got a personal makeup man by the producer nor was I allowed to bring mine. The same person who did makeup for everyone else attended me.”

According to him, the disrespect on sets discouraged him to sign acting projects frequently. “I did a couple of web series towards the end, where in the makeup van, I saw rented clothes. I remember holding up the shoot of a series once. I politely told the director that I’m ready to wait till late in the night, but I won’t wear these clothes. They can bring me even a shirt worth Rs 20, but it has to be something that has respectfully been bought for me as a senior actor. Though I feel blessed to have worked with the biggest names who were very good to me, but in recent years, I understood if I don’t get respect, this kind of setup is not for me.”

Jugal launched his first novel for children – ‘Cross Connection: The Big Circus Adventure’ in 2017. While his second book ‘The Coward and the Sword’ is on the verge of release, he’s already started work on his third book. The actor also recently shared of being part of Anupam Kher-Neena Gupta starrer upcoming film, Shiv Shastri Balboa.