Jennifer Lopez and Alex Rodriguez both vacation in France 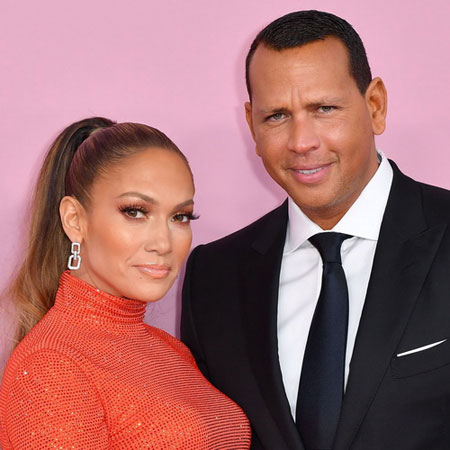 Ain’t It Funny…that Jennifer Lopez and Alex Rodriguez are both vacationing in the same place right now?

The formerly engaged couple, who broke up in April after four years together, are celebrating their birthdays separately-with J.Lo marking the occasion with boyfriend Ben Affleck-in St. Tropez, France.

However, the former couple’s similar trips across the pond aren’t entirely a coincidence. A source exclusively tells E! News, the Hustlers actress and retired MLB player had set their sights on the French Riveria for quite some time.

“Before they broke up, J.Lo and A-Rod had planned a trip together to the French Rivera for her birthday,” the insider reveals. “Ultimately, he decided not to change his plans and still go-and she also decided to keep her trip but go with Ben, which is why they’re all there right now.” On Saturday, July 24, the musician celebrated her 52nd birthday by making temperatures rise with her steamy Instagram photos, in which she posed in an itty-bitty red bikini and shared a passionate kiss with the 48-year-old actor.

Another source tells E! News that Ben and Jen haven’t been shy about packing on the PDA during their romantic getaway.

However, the former couple’s similar trips across the pond aren’t entirely a coincidence

“They held hands, they hugged each other close and they kissed,” the insider describes of their time on the yacht together. “They sailed around from Monaco and went to St. Tropez. Ben and J.Lo spent time laying out on the top deck and making out. They couldn’t get enough of each other.”

The source adds, “J.Lo was dancing and rubbing her hands all over Ben.”

The couple, who recently rekindled their romance after dating in the early aughts, kept the party going in the evening and headed out to the celebrity hotspot L’Opera.

Jen and the Justice League actor arrived around 11 p.m. and were joined by a small group of friends, according to eyewitness Dr. Daniel Campos. As he observed of their outing, “They truly looked in love.”

Meanwhile, A-Rod, who will celebrate his 46th birthday on Tuesday, July 27, also looks like he’s having his own unforgettable vacation in St. Tropez. The retired athlete has been soaking up the sun and enjoying some downtime on a yacht. “Let the festivities begin,” he captioned his Instagram earlier this week, alongside a photo that captured his breathtaking ocean views.

During his trip, Alex even squeezed in a 54D fitness session on the boat and shared a behind-the-scenes video on Instagram of himself and his friends working up a sweat. Just as JLo has moved on with Ben, it appears A-Rod is focusing on doing the same thing. In May, he expressed just how much he was looking forward to entering a new era.

“I am about to step into a new beginning in my life,” he shared on Instagram Stories at the time. “Anything that doesn’t serve me is clearing out of my life. New energy is emerging. New levels are unlocking for me mentally, physically and spiritually.”

He concluded, “I am remaining patient and know that this new phase of my life is coming.”