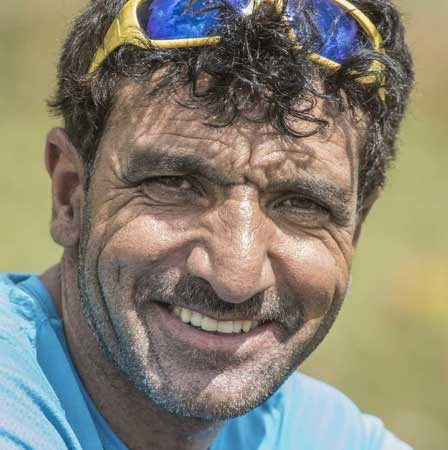 ISLAMABAD: Mohammad Ali Sadpara’s dead body has been found below 300 metres from the K2 bottleneck.

Fatehullah Khan, the information minister of Gilgit-Baltistan (GB), notified the media that the bodies of Mohammad Ali Sadpara and John Snorri had been found

At 9:00 a.m. today, binoculars revealed ‘three bodies’ of the missing climbers, and bringing the dead to the base camp via Pakistan Army helicopters will take many days, he said. Sadpara’s body was identified by the clothes he wore during the winter summit, according to Khan.

Two remains have been discovered at K2 base camp 4, according to sources, and they may belong to Mohammad Ali Sadpara and Iceland’s John Snorri. Both remains were discovered at a vast distance from each other, according to reports, and the bodies are still being identified.

Sadpara, a well-known mountaineer from Skardu, vanished in January while attempting a winter summit with Iceland’s John Snorri and Chile’s Juan Pablo Mohr on the mighty K2. Despite repeated rescue operations, the squad has been missing since February 5.

For several days, the Pakistan Army conducted a search and rescue operation for the missing mountaineers. Following the completion of a days-long search expedition, Sadpara’s son pronounced his father dead.

Mohammad Ali Sadpara is the only Pakistani to have climbed to the top of eight of the world’s fourteen tallest peaks. He is also recognised with the first winter climb of Nanga Parbat, the world’s ninth-highest summit.

Sajid Sadpara followed his father on the ascent, but due to a failure in his oxygen regulator, he was forced to return to base camp after being sent back from an altitude of 8200 kilometres.

Sajid Sadpara had previously stated that his father and other climbers had gone missing after reaching the peak.

Sajid Sadpara had made the announcement at a presser at National Press Club in Islamabad, saying that his father and John Snorri went for the K-2 summit in January.

“I wanted to thank all those people who helped in a mission to locate them,” he had said while applauding the Pakistan Army that launched one of the biggest rescue operations to find both the climbers.

He had said that it was now time for him to reach the summit and find if they had left any traces for him to locate their bodies. “It may be possible that they had returned before climbing the peak,” he said. 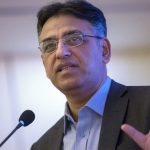