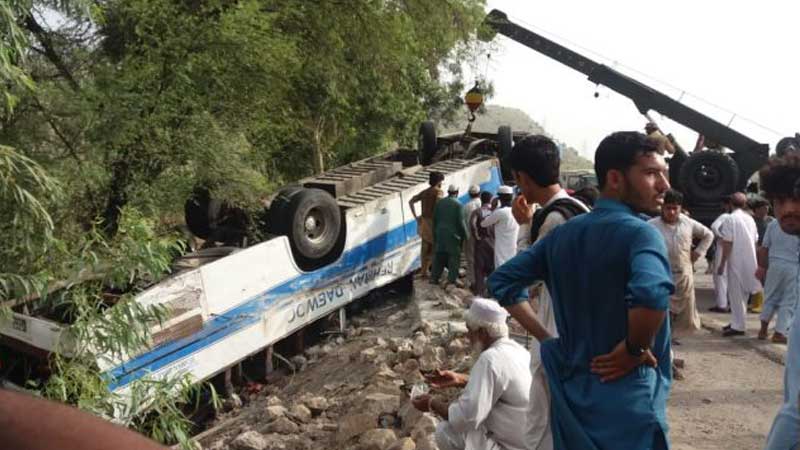 At least five persons including a child on Monday were killed in a collision between a passenger coach and a car on National Highway in Wadh area of Khuzdar .

According to Levies sources, the victims were on their way to Khuzdar in a car when a Karachi-bound passenger coach coming from Quetta hit it due to over speeding.
As a result, five people including a boy died on the spot.

Levies Force personnel along with a rescue team reached on the spot and shifted the bodies to Government Teaching Hospital Khuzdar. Where the bodies of deceased were identified as Munir Ahmed, Muhammd Yaseen, Wahid Bakhs, Ibrar Hussain and a one year old boy.

All victims were reported to be residents of respective areas of Khuzdar.

The bodies were handed over to the heirs after completion of medico legal formalities.
Levies force has registered a case.