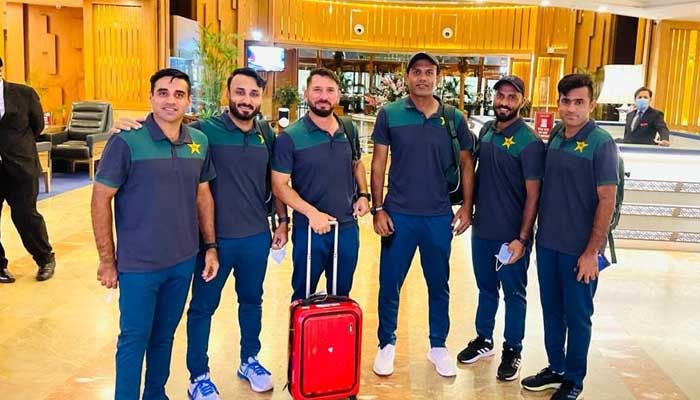 LAHORE: Pakistan’s Test squad departed for Barbados on Monday for a two-match series against the West Indies.

The rest of the team has already arrived in the Caribbean for the T20 tournament.

Pakistan and the West Indies will play two Tests and four Twenty20 matches during the visit.

The schedule for the Pakistan and West Indies T20I series had been amended earlier this week, with the number of matches reduced from five to four, according to a statement released by Cricket West Indies on Sunday.

The four-match T20I series will begin on July 28 at the Kensington Oval in Barbados, with the remaining matches scheduled for July 31, August 1, and August 3 at the Guyana National Stadium.

“The modification was necessitated by alterations to the fixtures for the upcoming One-Day International series between West Indies and Australia, which is part of the International Cricket Council’s ODI Super League, which culminates on July 26,” it noted.