Dhoop ki dewar: A message of peace between India and Pakistan 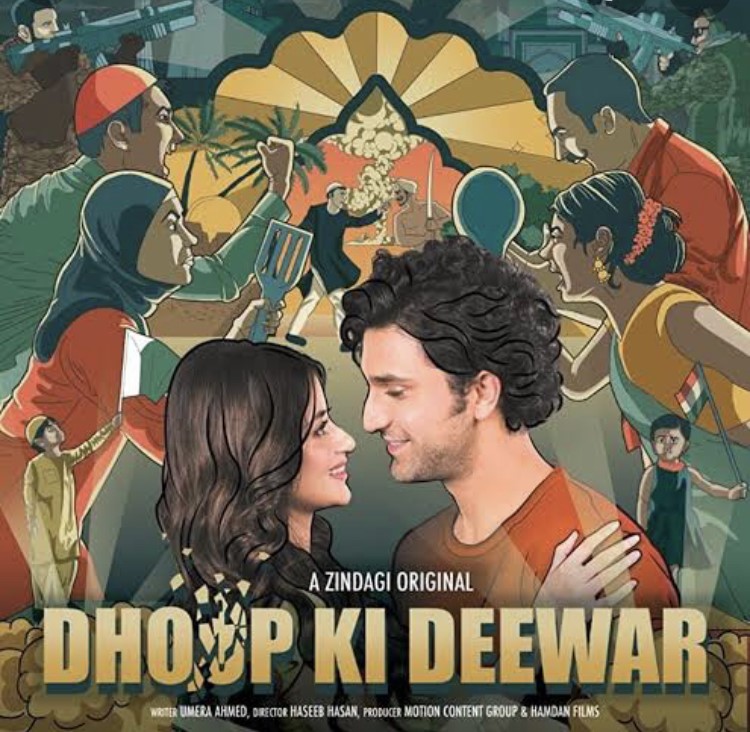 Ever since the time a child is born in Pakistan or India, child is taught to develop personal grudges against the neighboring country due to history old border conflicts and clashes. Dhoop ki dewar is an iconic drama serial an amelioration of love, loss and grief, portraying a different message of peace and harmony. The leading role is being played by Sajal Aly and Ahad Raza Mir a well-known Pakistani actors acting as Pakistani and Indian in drama serial.

The story has highlighted many important aspects especially the life of Army families, emotional pressure on eldest siblings alongside the typical intervening of relatives in internal matters of the families.

Dhoop Ki Deewar a remarkable story is written by Umera Ahmed, whose previous drama Zindagi Gulzar Hai attracted number of viewers across the border. Dhoop ki Dewar is showing the story of Vishal (Mir) from India and Sara (Aly) from Pakistan, where two of the main characters meet through social media platform after their fathers are killed in a war. While interacting with each other, they find solace in each other’s company in these difficult circumstances.

It would be pertinent to say that entertainment industry has the potential to address the legacy of the conflict. The strength of dramas as a tool for peace- building is the productive way to engage with people who would not otherwise participate in such activities. Drama and theatre can address issues of peace-building, conflict, reconciliation and diversity, both in a very direct way in a more subtle implicit way without harming any of the party.

Above all, the message of humanity is being aired through this drama serial Dhoop Ki Dewar. There is a need to bring forward such stories which can become the source of peace and harmony in the region. Despite of all the differences, a gesture for humanity should never be ignored.