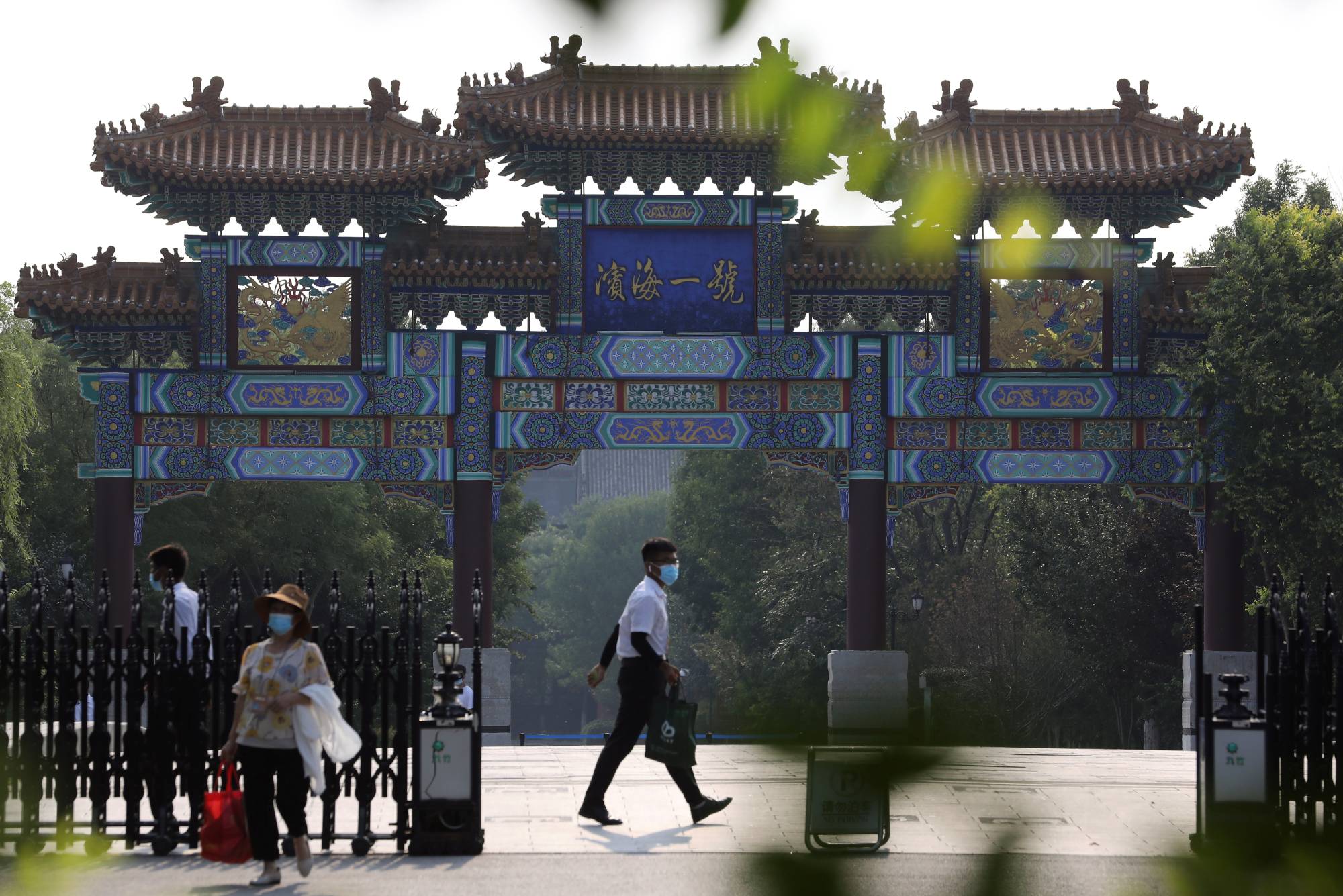 Beijing urged Washington to stop “demonising” China and issued an exhaustive list of demands to repair relations Monday, as rancour marked the start of talks with the highest-level US envoy to visit under President Joe Biden’s administration.

Deputy Secretary of State Wendy Sherman’s visit to the northern city of Tianjin is the first major meeting between the world’s leading economies since March discussions in Anchorage between the countries’ top diplomats collapsed into mudslinging. The preamble to Sherman’s trip said she aims to seek “guardrails” as ties deteriorate on a range of issues from cybersecurity and tech supremacy to human rights in Hong Kong and Xinjiang. But the tone was set early in the day in statements published by Beijing.

“The hope may be that by demonising China, the US could somehow… blame China for its own structural problems,” Chinese Vice Foreign Minister Xie Feng told Sherman, in a readout issued by China’s foreign ministry early Monday. “We urge the United States to change its highly misguided mindset and dangerous policy,” the statement quoted Xie as saying, adding that Washington views China as an “imagined enemy”. He claimed that Chinese people view the United States’ “adversarial rhetoric as a thinly veiled attempt to contain and suppress China”, in comments reminiscent of the fiery exchange between Washington and Beijing’s top diplomats Antony Blinken and Yang Jiechi in Alaska in March. Beijing also issued a list of demands to the US, which include lifting sanctions on Chinese officials and visa restrictions on Chinese students as well as stopping the “suppression” of Chinese firms, foreign ministry spokesman Zhao Lijian later told reporters. Calls for a renewed probe into the origins of the coronavirus must end, Zhao added, in a sweeping warning to “stop stepping on red lines”.

The United States said last week it was hoping to use the “candid” talks as an opportunity to show Beijing “what responsible and healthy competition looks like”, but wanted to avoid the relationship veering into conflict. Sherman will also meet with Chinese Foreign Minister Wang Yi. The July 25-26 trip is shorn of the trappings of a full-fledged official visit. Sherman will not go to Beijing, but instead spend two days starting Sunday in Tianjin, a northeastern port city. The visit is widely viewed as a preparatory step for an eventual meeting between Biden and Chinese President Xi Jinping, as US-China ties continue their freefall with little sign of improvement.

A day prior to Sherman landing in China, Foreign Minister Wang Yi vowed to “teach the US a lesson” in treating other countries equally, foreshadowing a rocky start to talks. “China will not accept any country’s self-proclaimed superiority,” he was quoted as saying in a foreign ministry statement Saturday. John Kerry, the former secretary of state turned US climate envoy, is the only other senior official from the Biden administration to have visited China. The two sides pledged to cooperate on climate change, despite their numerous differences.

Biden has largely kept the hawkish stance on China of his predecessor Donald Trump as Washington has sought to build a united front of democratic allies against Beijing. Last week, China and the United States traded sanctions over Beijing’s repression of freedoms in Hong Kong, in the latest round of an ongoing tit-for-tat saga that has targeted individuals including former US commerce secretary Wilbur Ross. Washington last week issued an advisory warning to businesses operating in Hong Kong over the city’s deteriorating autonomy. The United States also rallied allies including NATO for a rare joint condemnation last week of alleged large-scale cyberattacks from China.