LOS ANGELES: The owner of the largest collection of Star Wars memorabilia said on Monday that a longtime friend had robbed him of more than 100 items, which include rare vintage US and foreign carded action figures.

Steve Sansweet, owner of Rancho Obi-Wan, a non-profitable museum north of San Francisco that has more than 400,000 Star Wars collectibles, said the theft took place over several months in late 2015 through 2016.

“We’re missing about 120 to 130 items worth some $200,000,” he told AFP. He said the majority of the items stolen are vintage US and foreign carded action figures, many of them rare.

Sansweet, a former Wall Street Journal reporter who worked as the head of fan relations at Lucas film for 15 years, identified the suspect as Carl Cunningham, a well-known Star Wars collector and R2-D2 builder from Marietta, Georgia.

“I’ve known him for 20 years, He shared our hospitality, he stayed with us, he ate our food, he had the run of the museum as few people had because we trusted him, and he turns around and does something like this”, Sansweet said.

Reading from the charge sheet, Sergeant Spencer Crum said Cunningham had visited Sansweet three times in the past year “and had access to Sansweet’s museum as he voluntarily dusted pieces and did cleanup work around the museum.” 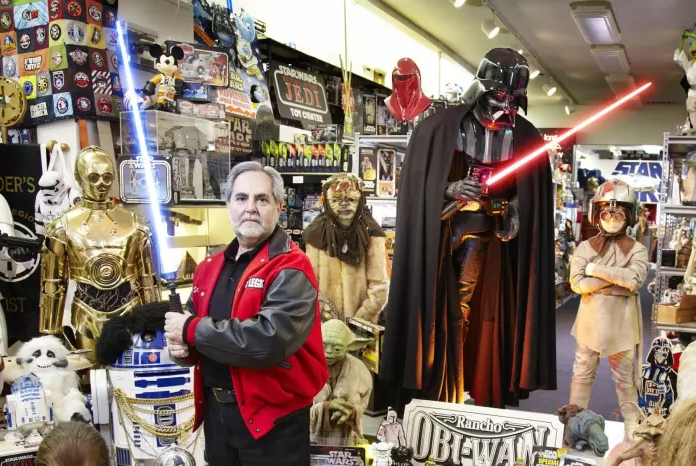 Sansweet came to know about the robbery after a major collector and owner of several Star Wars websites raised the siren upon discovering that one of his collectibles – rare prototype rocket-firing Boba Fett action figure – was stolen from his Texas warehouse.

A toy dealer afterward came ahead to say he had purchased the item as well as a number of other rare Star Wars collectibles from Cunningham.

Sansweet said Cunningham had sent him email and text messages confessing his act.

“He says … he’s in therapy and seeking to understand himself and apologizes,” Sansweet said.

“To have a friend come in and do something like this, it could destroy your faith in humanity”, Sansweet.

He appealed to anyone who may have purchased any stolen Star Wars collectibles to kindly come forward.

Sansweet remains hopeful and positive that some of his collection will come back.

“We have faith in the force,” he said.

“It is our goal to resolve this situation as quickly as possible and to continue to use the collection at Rancho Obi-Wan to ‘Inspire through the Force’ despite the destruction caused by one person,” he said.