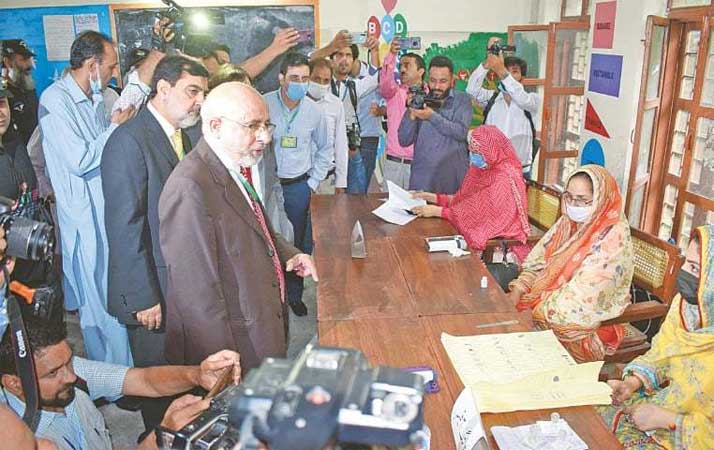 Two people were killed and several others injured in four different incidents of clashes between workers of political parties in Kotli, Haveeli, Bagh and Hattian Balla districts of Azad Jammu and Kashmir (AJK) during polling on Sunday, police said.

In another incident in LA 17 (Haveeli), one person sustained bullet injury during a clash between PPP and PTI workers, local police said, adding that polling was resumed later.

The violence mars the latest election test for Imran Khan, who has faced growing criticism since his 2018 election win over his handling of the economy and competence to deliver on his election promises.

Typically, the Kashmir vote has been won by the country’s ruling party. Analysts said this race was tighter than usual.

Around 700 candidates from Pakistan’s three major political parties, which also include the Pakistan Muslim League (PML-N), alongside two local groups are running for 45 seats, a local election commission official Nasir Jan said. About 3.2 million people are registered to vote, he said.

A day earlier, AJK Election Commission finalized all arrangements of polling for 45 general seats of legislative assembly, including deployment of polling staff with polling material and security personnel of police, Frontier Corps and Rangers while the Pakistan Army was told to remain standby as a quick response force.

According to the Election Commission, 5129 polling stations were established for 3.2 million registered voters, out of which 826 were declared ‘most sensitive’ and 1,209 as ‘sensitive’, deploying additional security forces. The election commission said 32,200 additional security personnel had been deployed on polling stations, comprising Punjab Police 12,000, KP Police 10,000, FC 4,000, Rangers 3,200 and Islamabad police 1,000, besides 5,300 police officials of AJK Police to maintain law and order during and after the polling at polling stations.

The elections were held under the supervision of AJK judiciary, Pakistan Army and Rangers with the coordination of the local civil law enforcement institutions, including AJK police as well as the civil armed forces of Punjab, KP police and Frontier Constabulary to assist the local civil law enforcement authorities to ensure holding of polls in a free, fair, peaceful and transparent manner.

The constitutional term of incumbent AJK Legislative assembly is expiring on 29th July, 2021. The polling on Sunday was held on direct adult-franchise basis on 45 seats of the 53-member AJK Legislative Assembly, including 33 meant for all 10 districts of AJK and 12 including six each meant for Pakistan-based refugees from Kashmir valley and Jammu region. Rest of eight reserved seats including five meant for women and one each for technocrats, ulema/mashaikh and overseas Kashmiris will be filled in later on by the electoral college comprising 45 members of the House to be elected on direct adult franchise basis. 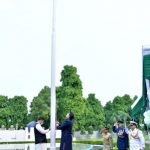