Former prime minister Raja Pervaiz Ashraf has said that the federal government has made the Azad Jammu and Kashmir (AJK) elections violent, controversial and it used every tactic to undermine these elections. He said that federal ministers spoiled Kashmir’s election atmosphere.

Addressing a press conference along with Farhatullah Babar and other leaders of the PPP at People’s Secretariat Islamabad on Sunday, he said that the violation of the election ban on the Kashmir Affairs minister has made a mockery of the entire system.

Ashraf said, “We spoke to the IG and the chief secretary and briefed them on the situation. Our voters are being tortured and there have been many such incidents. The behaviour of the federal government deserves condemnation.”

He said the government has damaged the Kashmir cause, adding that the people of India-Occupied Jammu and Kashmir (IOJK) have been imprisoned after Imran Khan came to power. “If AJK elections are rigged, one can only wonder what will happen to the general elections,” he said.

The former prime minister said that Pakistan Peoples Party has lodged written complaints with the Election Commission of Pakistan (ECP). The chief election commissioner (CEC) should take notice of the attitude of the federal government, he stressed.

Ashraf said, “The administration in AJK is supporting the PTI candidates. Federal ministers have made AJK elections a joke as they flouted the rules of the election commission by continuing to campaign in the valley. Senior PPP leader Chaudhry Yasin’s car was fired upon, whereas some officials of the AJK administration are interfering in the election process.”

He said that he will put the facts about the AJK elections in front of the people. Violent incidents are taking place in AJK, while the government has done everything in the election that the constitution, the law of ethics does not allow, he maintained.

Ashraf said the solution to the Kashmir issue is the implementation of UN resolutions. The prime minister’s statement on the Kashmir referendum is regrettable, he lamented, while adding that federal ministers have used language contrary to the traditions and culture of AJK.

The former prime minister said, “The federal government has made the Azad Kashmir elections controversial. The CEC must immediately investigate the complaints received. PPP is also submitting written complaints to him. It is the responsibility of the ECP to hold free and transparent elections in Azad Kashmir.”

Ashraf said that the PPP election camp in Rawalpindi had been uprooted, while his party’s candidates were tortured in Rawalpindi and Jhang. “The government is depriving voters of their right to vote. The real face of PTI has been exposed in front of the people of Azad Kashmir,” he said. 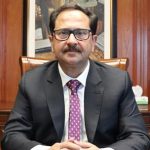 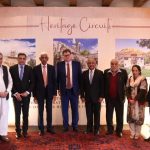