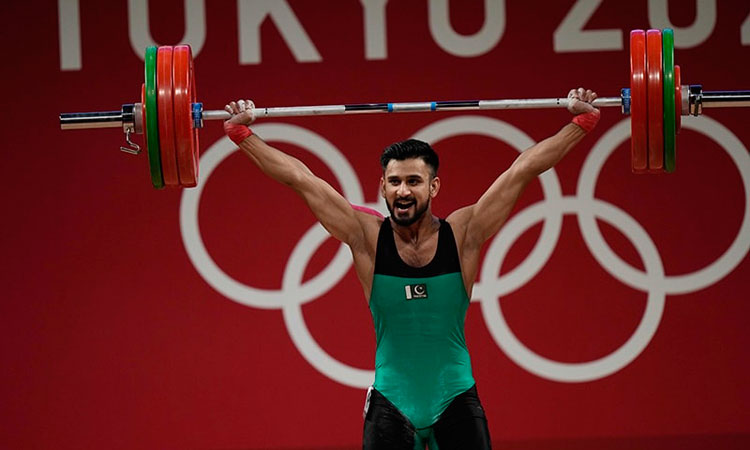 LAHORE: Spirited Pakistan weightlifter Talha Talib missed out on a rare Olympic medal for the country at the Tokyo Olympics in Japan on Sunday. The 21-year-old lifter, making his Olympics debut, took part in the 67kg category and held the gold medal spot until the final round before eventually being bumped down and denied a podium finish. In the end, he finished fifth as China’s Lijun Chen, Colombia’ Luis Javier Mosquera Lozano and Italy’s Mirko Zani captured gold, silver and bronze respectively. Talib’s lift of 151kg in Snatch category was the second-best of the round. He failed in his first Clean & Jerk attempt of 166kg and even though he was successful for the same weight in his next attempt and also cleared 170kg later, his combined total of 320 was surpassed by others, including Zani, who lifted just 2kg more than Talib. For a little while during Clean & Jerk, he was in the lead, giving his growing number of fans back home a glimmer of hope. Nonetheless, Talib’s performance despite an obvious lack of resources turned him a hero as Twitterati showered him with praises and his name became the top Pakistani trend on the site.