DeChambeau out of Olympics golf after positive virus test

TOKYO: Former US Open winner Bryson DeChambeau is out of the Olympics after testing positive for coronavirus, the PGA Tour announced on Sunday, saying Patrick Reed would take his place at the Tokyo Games. “Bryson DeChambeau tested positive for Covid-19 as part of the final testing protocol before he left the United States for the Olympics 2020 in Japan,” the PGA said in a statement on behalf of USA Golf. “He will be unable to compete for Team USA. Patrick Reed will replace DeChambeau and is undergoing the requisite testing protocol today, Sunday and Monday before departing for Japan.” Dechambeau could not hide his bitter disappointment. “I am deeply disappointed not to be able to compete in the Olympics for Team USA,” said DeChambeau, who won the 2020 US Open. “Representing my country means the world to me and it is was a tremendous honor to make this team.” Reed, who won the Masters in 2018, will join Justin Thomas, recently crowned British Open champion Collin Morikawa and Xander Schauffele in the men’s competition. 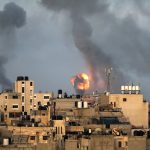 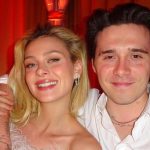