Sonia Rao’s transition from a news anchor to an actress 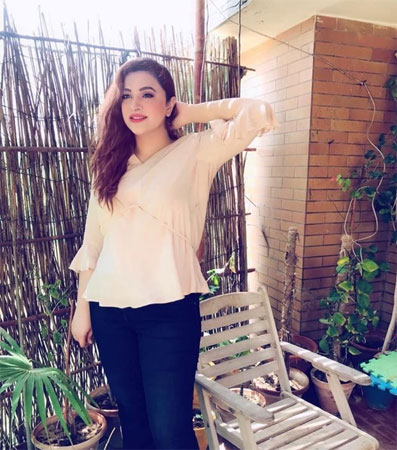 Sonia Rao is a well-known Pakistani actress, TV host and News anchor. She had started her career as a news anchor and then after some time changed her career path and became an actress.

The Daily Times had the privilege of interviewing Sonia Rao about her transition from a news anchor to an actor.

Q1 You were an anchor when you started out in this industry. How was that different from acting? How was the transition?

A: News anchoring, program hosting in a news channel and then acting. All of these are very different from one another. However, if I have to say what is similar between all of these is that there is a lot of drama in both of the industries. The reason behind this is that now the journalism in our country, which I consider unethical journalism, adds malsa to the news about murders and they now tend to dramatize it. Thus, there is drama in both the fields.

However, news is a serious business. You’re very much responsible for what you’re saying because you’re live all the time. You’re live for around 10-12 hours every day where people in thousands are listening and hanging to each and every word you say. In this field there is no margin for error. On the other hand, if you ask me about acting, you have a lot of margin because there are retakes and post production where the end product is further polished and presented. These are the differences between the two fields.

News is an all-time exam for me because when I started news anchoring, I was only 17 years old. When I joined this industry, I was very young and I was studying when I became a news anchor. It was a huge responsibility and it was tough because every morning you had to look up every news about your country and had to follow every international news. News is an ever-learning process where you’re learning from your mistakes.

As for the transition, well it was interesting. I am a very daring person and as far as my friends and family know me as well would say that I would do something adventurous and daring. I would like to add that it was a daring move on my part to change from a booming career to a career where things are uncertain because an actor’s work is considered as that of freelance. There is no such proper job as an actor because there are days when you have really good projects and you’re working consecutively. However, there are times when you have no project and you are home for 10-15 days. 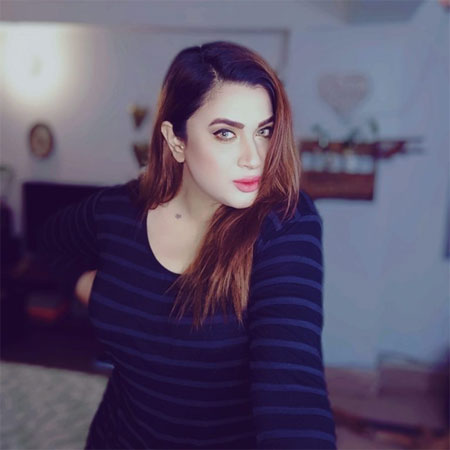 Although most people know me as an actress now, I do want to add that I have not said goodbye to my anchoring business as I can always go back there. I do want to add that when I have time I do dabble in journalism as well from time to time. I started acting because I always thought of myself as an artist and wanted to get it out through acting. Moreover, I continued acting because I wanted to learn about directing and producing so that I could direct something meaningful in the future for our audience.

Q2 When it comes to anchoring, the Pakistani industry doesn’t respect it as much as acting. What are your views on that?

But the most important thing is that whether you’re acting or in journalism or with a news channel, a person has to make their own respect. Everywhere you are, in any profession, you have to make your own respect because profession is a profession.

Q3 Are there any roles that you have done that you would want to do again?

A: I have been working in the acting industry for about 10 years now and unfortunately there is no role that I would do again. I would like to do a role where my acting skills are tested and I can say that I have given my 100%. That has not happened as of yet but I’m still hoping that I do find a role and a director that will test my skills.

Q4 I’ve heard that you have hosted shows as well. What’s integral to the work of a host?

Q5 Do you have any experience with criticism? How do you handle the criticism?

Q6 What would you say would be the hardest thing to do amongst these three things: acting, anchoring or hosting?

A: Out of all these three, I would say that anchoring was the hardest. This is because I was not well versed in Urdu when I started so it was difficult when I was live and I had to say some words that were written wrong or I used to make a lot of mistakes. Moreover, you had to stay up to date about everything.

Q7 Have you ever been told to change something about yourself?

A: When I was a news anchor, I was told not to do that much makeup and showcase myself as a sober person. Whereas, when I joined acting it was always my weight. The sad part is that weight shaming exists. Due to some health reasons my weight used to fluctuate a lot and whenever I did put on some weight, I was told to lose some kgs to look good.

Q8 What can you do today that you were not capable of a year ago?

A: I would say that I can make decisions and be sure about them now as compared to a year ago.

Q9 During your career as a host, anchor and acting, you must have met many different people. What’s the thing that they said that stuck with you?

As an anchor a lot of people had appreciated me, back in 2007-2008, even then when there was no concept of social media. I remember getting a lot of flowers, appreciation letters from air marshals, politicians, and from all around the world. I have gotten a lot of appreciation, a crazy fan following and a lot of love. Love is the only thing I remember receiving as an anchor and I think I cannot receive that much love as an actor ever.

This is what I remember and I have not received that much love in my acting career. I do remember that I was told I used to be on top in ratings when I was anchoring and that people wait for me to come on the news.

Q10 If you could instill one piece of advice in a person’s mind, what advice would you give?

A: When it comes to advice, trust me I have a lot to give. There are so many things I would want to say. However, there’s one major thing that I would like to say here. I used to think, or mostly what people used to think, that I am very bold and very confident but it’s not easy launching a channel or starting a new show is very hard. I used to get very nervous. But I learned something in my life that helped me to go further ahead. A proverb. A Chinese proverb that changed my life and this proverb is what I would advise the people.

The proverb goes something like, “If you think you can do it, you can do it. If you think you can’t, you’re right.” If I can do anything, then everyone can do it. Nothing is difficult for anyone. You have to push yourself and you have to tell yourself that if you can do it, you can and if you think you can’t, you’re right. What I mean to say here is that if you have already made up your mind that you can’t do it then you can’t. But if you have decided that you can do it, then you will do it. There’s nothing impossible in this world. Anything is possible for a human being. There’s another piece of advice that I want to give is that do everything you want to do without any fear, take risks and have a strong willpower. But most importantly, do not waste your time.