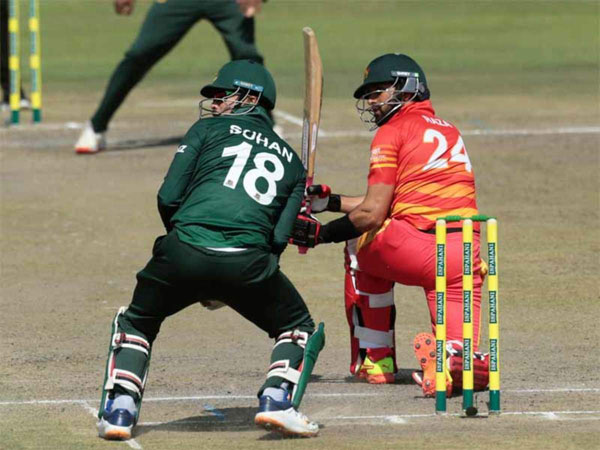 HARARE: It is rather apt that a series that has had almost every shade of drama possible, including a touch of the inexplicable when, in Friday’s game, there was the hit-wicket-that-wasn’t, should have a finale of some sort. That is what we have now, after Zimbabwe beat Bangladesh by 23 runs in the second of three T20Is to set things up nicely for the final fixture on Sunday (today). Zimbabwe have pushed Bangladesh hard all along. They have squandered strong positions on three occasions after their bowlers had given them a chance, they have thrice suffered batting collapses, and they failed to defend 298 in the last of the three ODIs. All of those have proved that Bangladesh are the superior side on the whole, but they faltered on Friday, losing it on the fielding stakes. They let go two catches and had another catch fall between two fielders, while Zimbabwe defended 166 by holding on to all their nine chances.

On Friday, Blessing Muzarabani provided the early strikes before left-arm spinner Wellington Masakadza took three wickets, including those of Mahmudullah and Shakib Al Hasan. Luke Jongwe and Tendai Chatara then finished off the job. And earlier, Wessley Madhevere, batting deep into the innings, scored 73 in 57 balls, and Dion Myers and Ryan Burl made important contributions. That’s the sort of team effort Zimbabwe need one more time. Bangladesh, meanwhile, have pulled off wins this series from difficult positions, which should please them, particularly with the likes of Nurul Hasan, Afif Hossain and Mohammad Saifuddin starring in some of those results.

Saifuddin’s three-wicket burst after being carted for 87 runs in the third ODI, after having helped Shakib pull off a come-from-behind chase in the previous game, suggests good things. Nurul and Hossain are white-ball specialists who have played their part in chases. Mustafizur Rahman has played through an ankle injury to bowl well in two crunch moments. Those performances, plus the fact that Bangladesh do have Shakib and Mahmudullah in their midst, make them favourites to leave Zimbabwe with all three trophies ––– after winning the one-off Test and sweeping the three-ODI series.

Wessley Madhevere played a match-winning innings in the second T20I, with his 73 setting Zimbabwe on the path to a competitive total. He had nearly won them the second ODI last week when he made a fifty, took a wicket and a good catch, and Zimbabwe would be hoping for another all-round effort from him in the deciding game. Shoriful Islam has so far taken five wickets in two T20Is, to complement the four-wicket haul in the second ODI. Islam has used the back-of-the-hand slower delivery to good effect, and could be the perfect foil for Rahman, if both left-arm quicks play together in the last game. Barring any injuries, Zimbabwe are unlikely to change their playing XI. If fit, Rahman and Liton Das could return to the Bangladesh XI. If not, there shouldn’t be any changes.