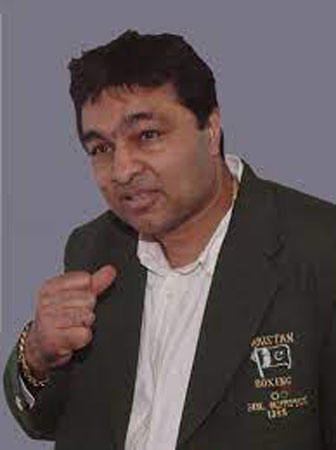 LAHORE: Pakistan had always won medals at the Summer Olympic Games because of field hockey. But in 1988 at the Seoul Olympics in South Korea, it was not happening and the Pakistan hockey squad was supposed to return home without a medal. But then Syed Hussain Shah, from boxing ring, created history when he reached the semifinals of welterweight class and ensured bronze medal for his country. This was the country’s first ever Olympic boxing medal and remains the only till date. Hussain is also the second Pakistan sportsperson to win an individual medal since Pakistan started participating at the Olympics. Only other Pakistani to ever win an individual Olympic medal was wrestler Muhammad Bashir, who won a bronze medal at the 1960 Summer Olympics in Rome, Italy.

Hussain has had a tiring yet fulfilling journey burdened with challenges and difficulties. However, all the childhood hitches and early troubles failed to pull him back from his dreams and led him to what no other Pakistani could have achieved. He was not just a boxer in the rink but a fighter against troubles of life. He started off as a homeless labourer in Karachi and presently sits proudly as a professional boxing trainer in Tokyo, with Pakistan’s highest civil award pinned to his shoulder and countless medals to his credit for his impeccable realm for a decade on the international boxing front.

Born on August 14, 1964, he is a story in himself; an inspiration that reminds us the glory this country possesses. He was poor, he had little clothes, and sometimes no food at all. He would sleep at the streets and at times do a job here and labour there to earn himself a day’s bread. He dreamt of being a boxer and fight to win a medal for the country but had little money and no training to take him there. He would practice on the streets, pick a fight in the nooks of Lyari, punched against garbage bags in the solitude of nights, and trained himself into what was soon to become ‘The Syed Hussain Shah’.

Hussain made his international debut at the first South Asian Games in Nepal in 1984. Before he bagged gold medal for Pakistan, he was unsure if he could even reach the tournament because he had little money. He continued to shine in boxing particularly in Asia. He won four more gold medals in the South Asian Games and also remained the best boxer in Asia from 1980 to 1989, a rare prominence achieved by any Pakistan pugilist so far. For his contribution in boxing, Hussain was awarded Sitara-i-Imtiaz by the Government of Pakistan in 1989. Hussain later in 1996 bagged another gold medal for the country at the President’s Cup Boxing Tournament held in Jakarta.

After retiring from professional boxing, Hussain is now involved in training boxers in different countries as a senior coach. He later moved to Japan where his son Shah Hussain Shah learned judo and went on to represent Pakistan at the international level. Over the years, we may have forgotten his name, but to pay tributes to the Olympic prodigy, a biopic called ‘Shah’ was released in Pakistan on 14th August 2015. The film chronicled Hussain’s poverty stricken childhood, his rise to fame as the Asian boxing champion and Olympic bronze medallist, his subsequent return to poverty and finally his migration to Japan to coach Japanese boxers. As of now, he lives comfortably in Tokyo with his family: a wife and two sons.