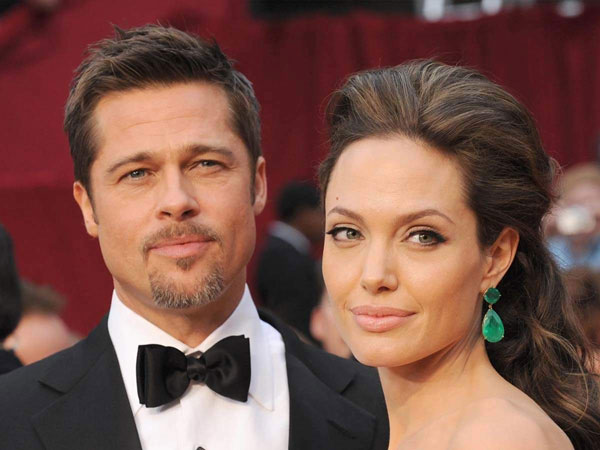 Angelina Jolie has won a major battle in her divorce from Brad Pitt. On Friday, July 23, a California appeals court granted her request to disqualify private judge John W Ouderkirk from continuing to preside over her and her ex’s custody battle over their children, according to court documents obtained by E! News.

In August 2020, three months after the judge tentatively granted Pitt joint custody of the exes’ five minor kids, Jolie’s attorney filed a request to have him disqualified for allegedly failing to “disclose multiple professional, business and financial relationships, ongoing during the course of the matter, with Pitt’s counsel and their law firms.”

Three appellate judges wrote in the appeals court’s new ruling, obtained by E! News, that “Judge Ouderkirk’s ethical breach, considered together with the information disclosed concerning his recent professional relationships with Pitt’s counsel, might cause an objective person, aware of all the facts, reasonably to entertain a doubt as to the judge’s ability to be impartial. Disqualification is required.”

Ouderkirk had asserted he “had made all required disclosures in a timely manner at the time of his initial appointment,” Friday’s court ruling stated.

Three appellate judges wrote in the appeals court’s new ruling, obtained by E! News, that ‘Judge Ouderkirk’s ethical breach, considered together with the information disclosed concerning his recent professional relationships with Pitt’s counsel, might cause an objective person, aware of all the facts, reasonably to entertain a doubt as to the judge’s ability to be impartial’

A spokesperson for Pitt told E! News, “The appeals court ruling was based on a technical procedural issue. The facts haven’t changed. There is an extraordinary amount of factual evidence which led the judge-and the many experts who testified-to reach their clear conclusion about what is best in the children’s best interests. We will continue to do what’s necessary legally based on the detailed findings of what’s best for the children.”

Jolie’s rep had no immediate comment when reached by E! News.

In her 2016 divorce filing, Jolie requested sole physical custody of her and Pitt’s children. She has sought Ouderkirk’s disqualification for more than a year.

In May 2020, the actress filed papers claiming that the judge, who officiated her and Pitt’s 2014 wedding, refused to hear the input of their minor teenage children-Pax, 17, Zahara, 16, and Shiloh, 15-“as to their experiences, needs, or wishes as to their custody fate,” citing a California code that says a child 14 or over should be allowed to testify if they wish, according to the Associated Press. Jolie and the actor are also parents to Maddox, 19, and twins Knox and Vivienne, 12.

According to the Associated Press, the actress’ attorney wrote at the time that “Judge Ouderkirk denied Jolie a fair trial, improperly excluding her evidence relevant to the children’s health, safety, and welfare, evidence critical to making her case.”

In response to the actress’ May 2020 filing, Pitt’s attorneys told the Associated Press, “Ouderkirk has conducted an extensive proceeding over the past six months in a thorough, fair manner and reached a tentative ruling and order after hearing from experts and percipient witnesses.”

At the time, one of Jolie’s attorneys who is close to the case but not directly involved, told the Associated Press that while the actress “supports joint custody,” the situation is complicated. The exes have reached a few temporary custody agreements over the children in the years since the actress’ divorce filing.

Meanwhile, Jolie and Pitt have been considered legally single since April 2019 despite not yet finalising a permanent custody deal.