‘Indian Idol 12’ — Reena sees her younger self in Shanmukhapriya 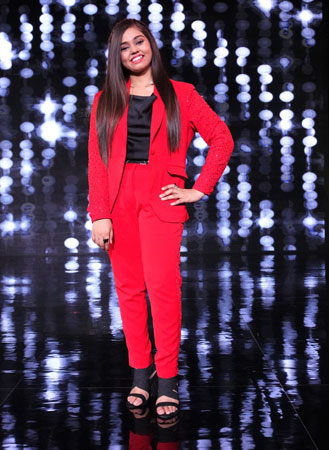 This weekend, it’s going to be a nostalgic ride on Indian Idol 12 as actor Reena Roy will grace the set as a special guest.

The top six contestants will be seen performing on her hit numbers, leaving the actor emotional.

The episode, which will air on Saturday, will also see Reena Roy talk about the times she would go around Mumbai on a bike. After Sayli Kamble’s performance, she will reveal how she was passionate about bikes.

The episode, which aired on Saturday, also saw Reena Roy talk about the times she would go around Mumbai on a bike. After Sayli Kamble’s performance, she revealed how she was passionate about bikes

She said, “I have loved riding bikes since my childhood. My sister Barkha, who made ‘Sanam Teri Kasam’, specially added the bike scene in it because of my desire. I used to wake up in the morning, take my bike and go for rounds. I was the Bandra girl with a bike. I owned a Yamaha. Once, when I was busy shooting, my younger sister tried to take it for a ride and hurt herself. So, my mother returned the bike to the person we took it from and said that we didn’t want it in the house.”

Reena Roy will share how she would keep her favourite food items in front of the camera so that she could give the right expression. The actor will also reveal that Jeetendra was her most punctual co-star. She will say that when they would have an early morning shift, Jeetendra would wake up at 5 am and call everyone so that they are ready for the shoot in time.