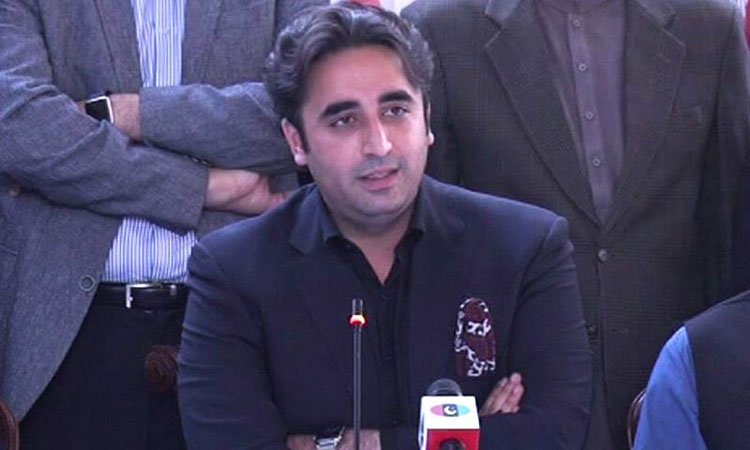 “We call upon election commission to take action against PM Imran and his ministers as there are video footages showing them distributing money among the people. Otherwise, elections will be the worst in the country’s history in terms of fairness and transparency,” Bilawal told a press conference in Karachi. He said interference was made in the general elections held in the country in 2018, and the PPP had raised its voice even at that time. “But I don’t think that state institutions will interfere in the AJK elections,” he said, adding that if some Pakistan Tehreek-i-Insaf (PTI) ministers have claimed that the institutions are on their side, they have done so just to give an impression.

Bilawal said that the PPP has been campaigning for ‘free and fair elections’ in Pakistan. He said all parties, barring PPP, had sneaked into the power corridors. “It is only the PPP which is the real protector of the people of Kashmir,” he claimed.

He accused the prime minister of doing harm to the Kashmir issue. “Not a single road has been built in AJK during the last three years,” he said, adding that it is only the PPP whose services and projects are still fresh in people’s minds. “How will you hold Indian Prime Minister Narendra Modi responsible for the woes of Kashmiris when you yourself are not providing them their share in water?” he questioned.