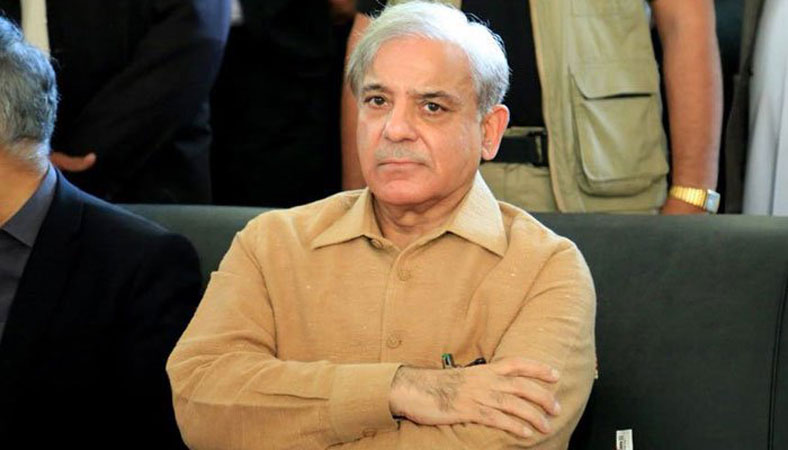 PML-N President Shehbaz Sharif on Saturday rejected Prime Minister Imran Khan’s proposal of holding a referendum on Kashmir to decide whether the Kashmiris wanted to live with Pakistan or as an independent nation.

“Imran Khan Niazi is deviating from Pakistan’s historical and constitutional position by proposing a referendum. The entire nation rejects anything other than Pakistan’s historic position on the Jammu and Kashmir dispute and UN Security Council resolutions,” he said in a hard-hitting response to Imran Khan’s proposal.

The objection from the PML-N president comes a day after Imran Khan, during public gatherings in AJK, assured Kashmiris that Islamabad would grant them the right to opt for an independent nation if they decided to do so even after acceding to Pakistan through a United Nations-sponsored plebiscite. Paying tribute to the Kashmiris for their more than a century-old struggle for emancipation, the premier had said the unprecedented sacrifices rendered by them would not go in vain and they would exercise their right to self-determination and decide to accede to Pakistan and not India through a UN-sponsored referendum. “Afterwards, we will hold another referendum whereby Kashmiri people will be asked to decide whether they want to live with Pakistan or as an independent nation,” he had added.

In a series of tweets, expressing discontent with the premier’s remarks, Shehbaz wrote, “The Jammu and Kashmir dispute will be decided by the irrevocable right of transparent and independent referendum under the auspices of the United Nations. Imposing a solution on Kashmiris without their consent is tantamount to helping India and betraying the Kashmir cause.” He said the entire nation rejects any position other than Pakistan’s historical one on the Jammu and Kashmir dispute which was based on UN Security Council resolutions. Shehbaz said Imran’s statement is proving fears that had arisen after India’s measures of August 5, 2019, in occupied Kashmir.