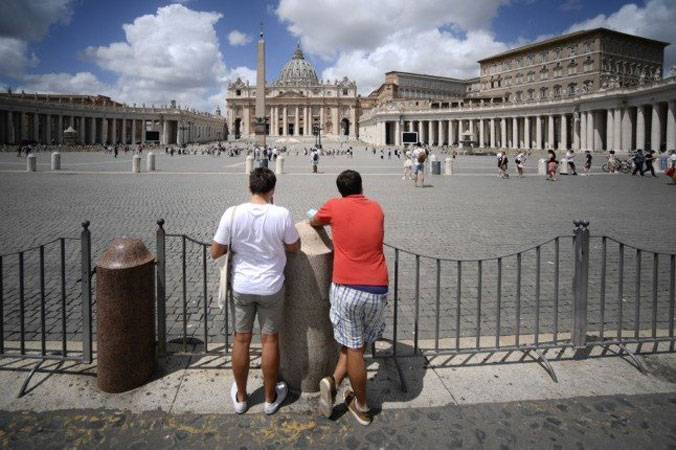 The Vatican published for the first time Saturday its annual budget for a key department managing property and investments, just days before the start of a high-profile trial over a London investment.

The 2020 budget showed that the Administration of the Patrimony of the Holy See (APSA) owns 4,051 properties in Italy and some 1,120 properties in London, Paris, Geneva and Lausanne.

One of those, a former Harrods warehouse in London intended for conversion into luxury apartments, is at the heart of a trial opening in the Vatican next week over alleged embezzlement of charity money.

The purchase by the Vatican’s Secretariat of State nearly a decade ago led to huge losses. Pope Francis handed control of the Secretariat’s investments to APSA last year after the case came to light.

Juan Antonio Guerrero, head of the Vatican’s Secretariat for the Economy, said the tiny city state was making unprecedented efforts to be open about its finances as part of Francis’s war on corruption.

“We come from a culture of secrecy, but we have learned that in economic matters transparency protects us more than secrecy,” he said as the budget was released.

The trial is expected to look into whether the London scandal could be traced to corruption in the top rungs of the heirarchy, or too few checks on those performing the complex financial transactions.

Guerrero said measures had since been put in place that would make it “very difficult for what happened to happen again”.

The budget showed 14 percent of Vatican properties administered by APSA are rented at market rates, with the money going to fund Vatican work and to charity.

The remaining 86 percent — largely rented at below-market rates — are used by Vatican offices or provides housing for Catholic cardinals and current and retired Vatican employees.