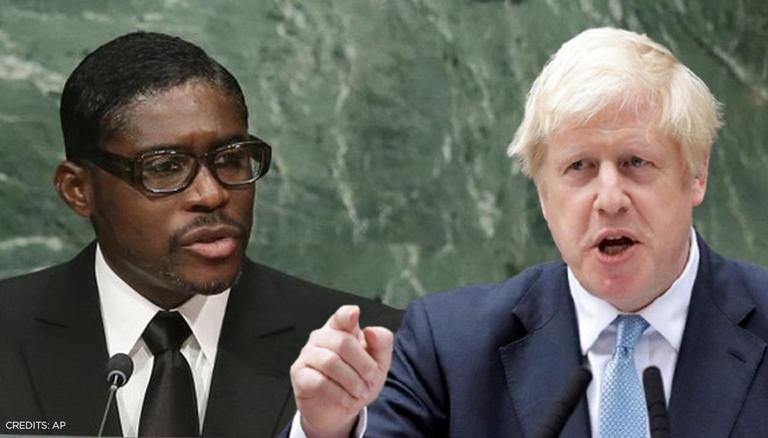 Equatorial Guinea Saturday slammed as “unilateral and illegal” British sanctions against the son of the country’s veteran president, known for his wildly extravagant lifestyle, over corruption allegations.

The UK on Thursday imposed sanctions on Teodorin Obiang, the vice president of the central west African country and the president’s son, for his involvement in the misappropriation of state funds into his own personal bank accounts. The Foreign Office said Obiang had made corrupt contracting arrangements and solicited bribes.

It alleged he had splurged $500 million (425 million euros) on mansions around the world, luxury cars and a collection of Michael Jackson memorabilia including a $275,000 crystal-covered glove that the singer wore on his 1987-89 “Bad” tour. “The unfounded sanctions imposed by the British government find their justification in the manipulations, the lies… that some non-governmental organisations promote against the good image of Equatorial Guinea”, an official statement from Malabo said. The vice president “has not made any investment in the United Kingdom,” it said, terming the measures “unilateral and illegal”.

The sanctions, which provide for an asset freeze and entry bans into the UK, were taken as part of a global anti-corruption regime by the British government that also targeted four other individuals in other countries on Friday. “The action we have taken today targets individuals who have lined their own pockets at the expense of their citizens,” British Foreign Secretary Dominic Raab said in a statement. The only Spanish-speaking country in sub-Saharan Africa,  oil- and timber-rich Equatorial Guinea is one of the most enclosed nations in the continent. President Teodoro Obiang, who has ruled with an iron fist for 42 years, is frequently accused by rights groups of abuses. His jet-setting son is increasingly seen as the president’s designated successor.