* In Gallup survey, 53% believe elections will be free and fair
* 67% see Imran Khan as the most trusted political leader 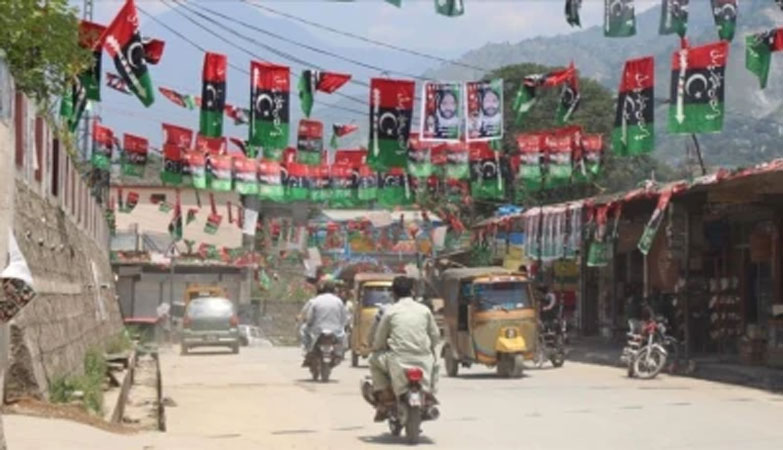 About 44 per cent of people in Azad Jammu and Kashmir (AJK) think Pakistan Tehreek-i-Insaf (PTI) will win the elections on July 25, according to a survey conducted by Gallup Pakistan.

As far as other political parties are concerned, the survey-which was carried out in all 10 districts of AJK-suggested that 12 per cent of people in the region think Pakistan Muslim League-Nawaz (PML-N) will win, whereas only nine per cent expect Pakistan People’s Party (PPP) to come out on top.

Around 53 per cent of respondents in AJK believe that the elections will be free and fair, with 30 per cent thinking in the opposite direction, while 17 per cent were unsure.

According to the survey, 94 per cent of respondents were likely to vote in the upcoming election while six per cent have no intention to vote.

Prime Minister Imran Khan appeared as the most trusted political leader in the survey, with close to 67 per cent expressing a positive rating about him as a leader. On the other hand, 47 per cent kept a positive opinion of PML-N leader Nawaz Sharif, while 48 per cent have a positive outlook of Leader of the Opposition in the National Assembly Shehbaz Sharif.

Broken and poorly maintained roads were cited as the biggest problem by 24 per cent of respondents in AJK. Similarly, around 13 per cent said lack of clean drinking water was a major problem, whereas ten per cent believed electricity load shedding needed immediate attention. At least 58 per cent expressed dissatisfaction over the government’s health services in the area.

The survey suggested that over 70 per cent in AJK complained about the lack of gas supply in their area, with only 10 per cent satisfied in this regard.