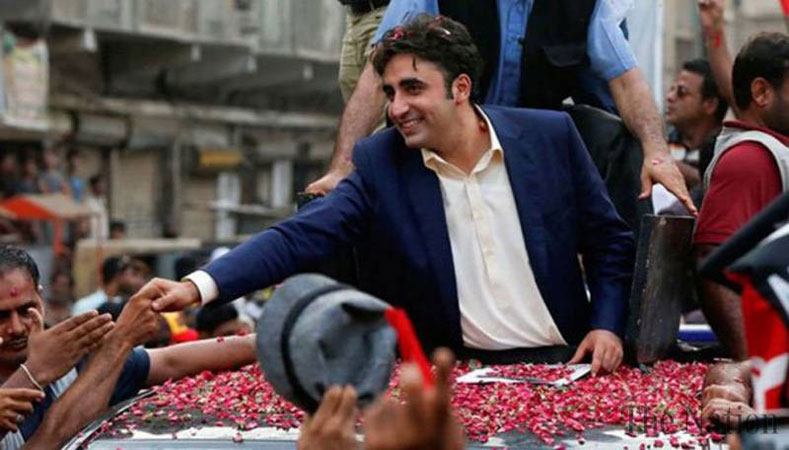 The PPP chief said his party will not take anyone’s dictation but Kashmiri people. “If they want peace, we will do that and if they want war, we will go to war. We will do as per the wishes of Kashmiris,” he said.

Bilawal said that a federal minister who is ‘bad minister’ was sent to Kashmir who called the Quaid-e-Awam Shaheed Zulfikar Ali Bhutto ‘a traitor’. “The Kashmiris will take revenge from these people by stamping their vote on the arrow on 25th July. These people should see their faces in the mirror, in which they will see a person who wants to trade on Kashmir, a person who prayed for Modi’s victory in elections, a person who gave NRO to Kulbhushan Jhadav and the one who offered a cup of tea to Indian pilot Abhinandan. These are the people who called terrorists ‘Shaheed’. These are the people who are calling Shaheed Zulfikar Ali Bhutto a traitor.”

Bilawal also addressed an election gathering at Muzaffarabad. He appreciated the jiyalas for holding such a massive and huge gathering. He said that Modi and the puppet both are shivering and shaking after seeing such a large crowd in the PPP jalsa.