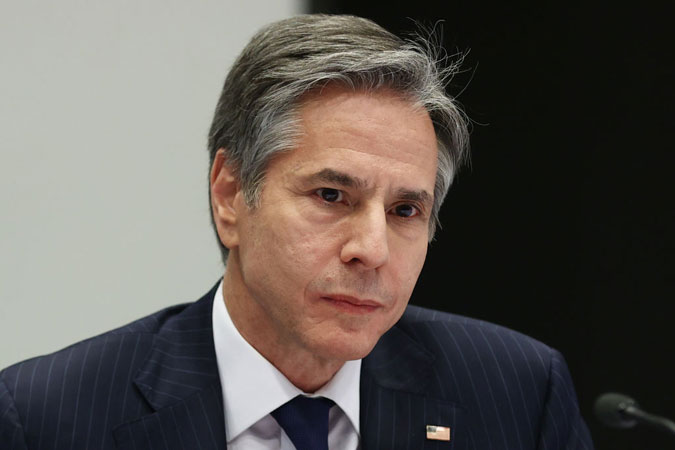 US Secretary of State Antony Blinken will pay his first trip since taking office to India, officials said Friday, as worries escalate about Afghanistan in a country increasingly aligned with Washington.

In his talks Wednesday in New Delhi, Blinken will discuss topics including “recovery from the Covid-19 pandemic, the Indo-Pacific region, Afghanistan and cooperation in the UN,” India’s foreign ministry said in a statement.

It will be the first time since becoming the top US diplomat that Blinken will travel to India, which since the late 1990s has moved increasingly close to the United States as the world’s two largest democracies see shared interests on a rising China, Islamist extremism and other challenges.

India has been among one of the most enthusiastic supporters of Afghanistan’s government, which took office with international support after the US invasion toppled the Taliban following the September 11, 2001 attacks.

President Joe Biden has ordered US troops out of Afghanistan, ending America’s longest-ever war, by the end of August, saying nothing more can be achieved – despite rapid gains on the ground by Taliban insurgents.

The Taliban welcomed virulently anti-Indian extremists when the Sunni Muslim militants ruled Afghanistan from 1996 to 2001, with an Indian civilian airliner hijacked to the Taliban bastion of Kandahar in 1999.

India has pumped $3 billion in Afghanistan since 2001, including helping build a new parliament building, angering its historic rival Pakistan which was the primary backer of the Taliban. India recently evacuated 50 diplomats and others from its consulate in Kandahar although it insisted the mission remained open and that personnel would return as soon as security improves. Defense Secretary Lloyd Austin visited New Delhi as part of his first overseas trip but Blinken’s travel was put on hold amid a severe outbreak of Covid-19 in the billion-plus country. The Biden administration has seen India as a key partner on its priorities of climate change and global health with a deal announced in March for India to produce one billion Covid vaccine doses with US, Japanese and Australian support. “This is such a critical country in the fight against Covid-19,” Blinken said of his India trip during an interview on MSNBC.

“We have millions of vaccines ready to go to them when they finish their own legal process to bring them in. And India is the leading country when it comes to the production of vaccines,” Blinken said.

“Of course, they’re focused understandably on their own internal challenges now, but when that production engine gets fully going and can distribute again to the rest of the world, that’s going to make a big difference, too.”

Biden last month vowed to provide 500 million vaccine doses around the world and the United States has since been making near-daily announcements of shipments, seeing a global defeat of Covid as critical both to the world’s economy and US leadership.