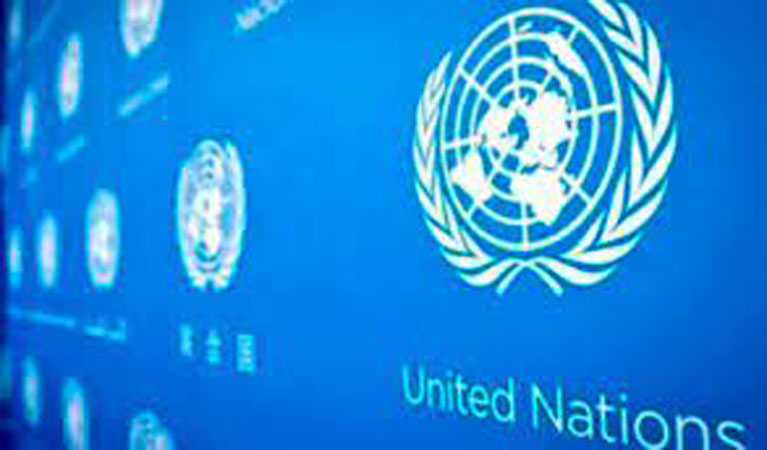 The UN Security Council on Friday condemned Turkish President Recep Tayyip Erdogan’s call for two states in Cyprus and a move to reopen a resort emptied of Greek Cypriots, calling for a “just” settlement with a united country under a “bizonal” federation, diplomats said.

“The Security Council condemns the announcement in Cyprus by Turkish and Turkish Cypriot leaders,” said the statement, obtained by AFP and which diplomats said was agreed upon and would be formally adopted later in the day. “The Security Council expresses its deep regret regarding these unilateral actions that run contrary to its previous resolutions and statements.” Cyprus has been divided since 1974 when Turkey invaded in response to an abortive coup engineered by the then military junta in Athens that aimed to unite the island with Greece. The country, a European Union member now dominated by Greek Cypriots, and the United Nations both seek a “bizonal” federation of two regional administrations that are united as one nation. On a trip to the north of divided Nicosia on Tuesday, Erdogan declared that a half-century of UN efforts had failed and that there should be “two peoples and two states with equal status.”

The United States voiced concern that his remarks would have a “chilling effect” on UN-led efforts for a solution in Cyprus.

In its statement, the UN Security Council reaffirmed its “commitment to an enduring, comprehensive and just settlement in accordance with the wishes of the Cypriot people, and based on a bicommunal, bizonal federation with political equality.” Turkey alone recognizes the self-declared Turkish Republic of Northern Cyprus. Despite the lack of a solution, the island has been largely at peace.

Turkish Cypriot leader Ersin Tatar, an Erdogan ally, also announced Tuesday a new step in opening up Varosha, once the Mediterranean island’s top resort but whose Greek Cypriot population fled with the 1974 invasion.

Tatar said that an initial 3.5 percent of Varosha, whose abandoned high rises lie under Turkish military control, would be removed from its military status.

“The Security Council calls for the immediate reversal of this course of action and the reversal of all steps taken on Varosha since October 2020,” the statement said.