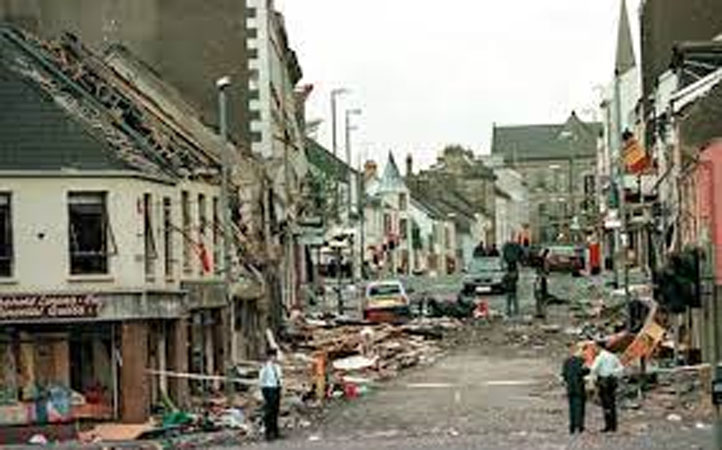 A UK high court ruled Friday there was a “real prospect” the 1998 Omagh bombing could have been prevented and recommended the British and Irish governments conduct fresh investigations into security arrangements ahead of the atrocity.

A car bomb ripped through the Northern Irish town on 15 August 1998, killing 29 people and injuring 220 others in the deadliest single incident during three decades of The Troubles in Northern Ireland.

“Certain grounds, when considered separately or together, give rise to plausible allegations that there was a real prospect of preventing the Omagh bombing,” said Judge Mark Horner in Belfast.

He added this included “consideration of terrorist activity on both sides of the border by prominent dissident terrorist republicans” before the bombing.

Horner added a human rights probe should consider if a more “proactive” security operation against them may have prevented it.

The bomb was planted by dissident pro-Ireland republican group the Real IRA, which was opposed to the Good Friday peace deal signed in April 1998 that largely ended 30 years of sectarian strife in Northern Ireland.

A warning was called in before the explosion, but miscommunication meant police moved people towards the bomb’s location.

No one has ever been criminally convicted for the atrocity, which drew widespread international condemnation and consolidated the peace process.

Horner considered the case after Michael Gallagher — whose son died in the blast — challenged a British government decision not to hold a public inquiry into it.

The judge said he would not order an inquiry because he did not want to be “prescriptive”.

But he added the British government should conduct an investigation under article two of the European Convention on Human Rights (ECHR), which allows for a probe where a death involves the state.

“It is not within my power to order any type of investigation to take place in the Republic of Ireland,” Horner said in a judgement summary.

“But there is a real advantage in an article two compliant investigation proceeding in the Republic of Ireland simultaneously with one in Northern Ireland.”

He said “any investigation will have to look specifically at the issue of whether a more proactive campaign of disruption, especially if coordinated north and south of the border, had a real prospect of preventing the Omagh bombing.”

“I want to put on record my deep regret that the families of those killed and wounded have had to wait so long to find out what happened on that terrible day in 1998,” he added.

“They deserve answers and I have great respect for their patience, grace and determination.”

Meanwhile Irish Prime Minister Micheal Martin acknowledged there was “an obligation” on both governments to re-examine the case.

But he added ultimate responsibility rested with “those who committed that foul act”. The Troubles saw 3,500 killed by bombs and bullets due to fighting between pro-Ireland republicans, pro-UK unionists and British security forces in Northern Ireland.

Prospective investigations and prosecutions over killings conducted in the three decades of violence have always been politically charged.

Last week the British government promised a new statute of limitations to end prosecutions on all sides, whether perpetrated by paramilitaries or security forces.

London has said the reforms are aimed at improving reconciliation efforts.

But the proposals have been roundly criticised, with all political parties and victims’ families in Northern Ireland insisting prosecutions are needed to bring closure.