Turkey and Greece search for missing after migrant boat sinks 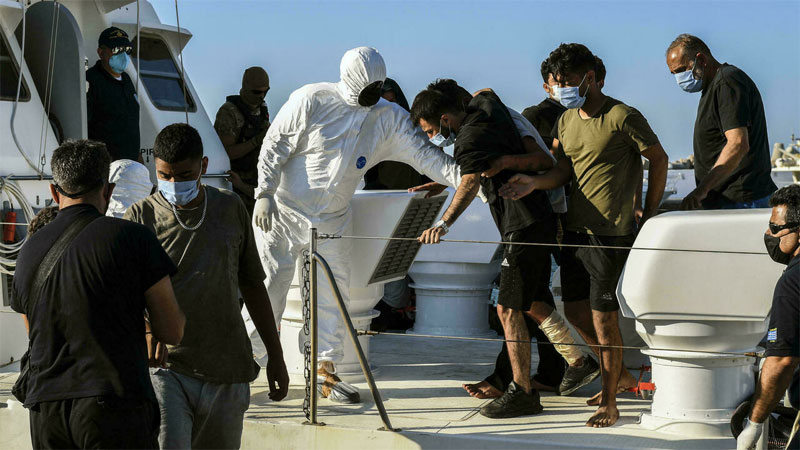 Greek and Turkish coast guards are searching for at least eight people who remained missing after a boat carrying 45 migrants sank off the coast of Crete, officials said on Friday.

Thirty-seven people, mostly from Syria and Iraq, were picked up in adverse weather conditions after the boat went down on Thursday near international waters near the Greek island, Greek port police told AFP.

Five of them were taken by helicopter to the Greek island of Karpathos on Thursday while 30 others — including a woman and a child — were transported to the Greek town of Ierapetra in southeast Crete, an AFP photographer reported. Friday’s search operations were hampered by gale-force winds, Greek port police said.

Survivors said that eight to 12 other people had been on board the boat when it went down 60 nautical miles southeast of Crete, Greek port police said.

Illegal immigrants often use Turkey as a transit point to reach prosperous European Union states through Greece. Many rely on smugglers and risk their lives through perilous journeys in overcrowded boats. In 2016, Turkey inked a deal with the EU to stem the flow of migrants to Europe in return for some incentives including financial assistance.

Turkey currently hosts some 3.7 million refugees from the conflict in Syria.

President Recep Tayyip Erdogan has long demanded more assistance from the EU to deal with refugees and has in the past threatened to open Turkey’s border unless the bloc provides additional funds.

In June, EU leaders approved plans to give Turkey another 3 billion euros ($3.6 billion) over the next few years for assistance to Syrian refugees and to help boost border controls. The new funding plan is part of a range of incentives that the bloc is using to try to keep Erdogan on side, with Brussels also offering to modernise a customs union with Turkey and start high-level talks on issues from health to security.