Pakistan’s performance at the Olympic Games since 1948

LAHORE: The Olympic Games is the world’s biggest sporting festival. Biggest in the numbers of its competitors, its spectators, the global reach and television coverage. During its brief history of just 120 years, the world’s great cities have sought right to host it and generations of men and women have willingly dedicated years of their lives in efforts to be part of its quadrennial celebrations. Some have done so for gold, silver and bronze medals and the prestige those bestow on their winners. Some only for the privilege and pleasure of taking part because, in the words of the Olympic Creed: “the important thing in life is not the triumph, but the fight, the essential thing is not to have won, but to have fought well.” All have played their part in ensuring that this modern adaptation of an ancient Greek festival, the brainchild of French aristocrat Baron Pierre de Coubertin of France seeking to promote the importance of sport in education, not only survives but continues to surpass itself in its success.

Beginning in about 776 BC, the ancient Olympic Games were held every four years in the valley of Olympia in Southwestern Greece. The opening of the Games was marked by the lightening of a flame at the altar of Zeus. When the Games were completed, the flame was extinguished. Later the scope of the Olympic Games also grew, drawing contestants not only from Greece, but from throughout the Macedonia Empire and the Roman Empire. A month long truce suspended warfare to allow athletes safe passage to and from the Olympic Games. Originally the Olympics were for men only, but eventually women were allowed to compete. After lasting for more than 1100 years, it would be another 1500 years before they were revived. Although there had been previous attempts to create a modern revival of the ancient Olympic Games, Baron Pierre de Coubertin of France was the first person to possess the perseverance and organizational skills necessary to make it happen. Pierre de Coubertin founded the International Olympic Committee (IOC) in 1894, leading to the first modern Olympic Games in Athens in 1896. The IOC is the governing body of the Olympic Movement, with the Olympic Charter defining its structure and authority.

After division of British India in 1947, new country Pakistan first participated at the Olympic Games in 1948 in London, and has sent athletes to compete in every Summer Olympic Games since then, except when they participated in the American-led boycott of the 1980 Summer Olympics in Soviet Union. Pakistan athletes have won a total of ten medals, all at the Summer Olympics with eight of those in men’s field hockey. In 1996 Atlanta Summer Olympics, Pakistan’s Syed Hadi Haider Naqvi did pick up a bronze medal in the demonstration sport of taekwondo, but as the sport was not given full status then, the medal was not recognized in the official tally. Pakistan has won two individual medals in the Olympics to date, both bronze medals: one in wrestling in Rome 1960 and one in boxing in Seoul 1988. Rome 1960 has been the most successful Olympics for Pakistan so far, with Pakistan winning two medals: a gold medal in field hockey and a bronze medal in wrestling. Pakistan’s first ever participation in the Winter Olympic Games was at the Vancouver 2010 Winter Olympics when Mohammad Abbas became Pakistan’s first athlete to qualify in the Alpine Skiing (Giant Slalom) category. Pakistan also participated in 2014 Sochi and 2018 Pyeongchang Winter Olympics but was not able to win any medal. Pakistan has not won a single medal at the Olympic Games since 1992 Barcelona.

Pakistan athletes at Tokyo Olympics 2020: The Tokyo Olympics commenced on July 23 (Friday) at the National Stadium of Japan. This is the 32nd edition of the mega multi-sports event being held in Tokyo. This is the second time that Japan is holding the Olympics after the1964 Olympics, making it the first city in Asia to hold Summer Olympics twice. More than eleven thousand athletes are participating in the 339 events featuring 33 sports in 50 disciplines including the newly added sports. In the last Rio Olympics 2016, Pakistan had sent a 24-member contingent in which there were only seven athletes while there were 17 officials. However, this time, the Pakistan Olympic Association has sent a 22-member squad including 10 athletes and 12 officials. The Pakistan hockey team who used to be a major medal hope in the Olympic Games until the early 1990s ––– they last won the bronze medal at the 1992 in Barcelona Games ––– failed to qualify for the mega event for the second consecutive time due to their poor show and low ranking. The national hockey team last participated in the 2012 Olympics in London where they had finished 7th. 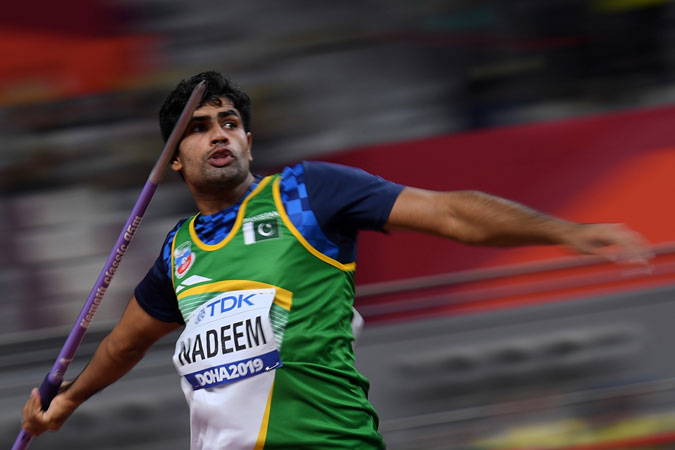 He will represent Pakistan in the javelin throw event at the Tokyo Games. In December 2019, Arshad became the first Pakistan’s track and field athlete to directly qualify for the Olympics by meeting the entry criteria for the Olympics, which was 85m. His throw was 86.29m which was not only his personal best, but also created the record at the South Asian Games for the best throw. From that moment in Nepal, Arshad, a young father of two, has been looking for the best training and the best way to make sure he stands a chance to win a medal at the Olympics. Arshad won a gold medal at the 2019 South Asian Games and later bagged bronze medals at the 2017 Islamic Solidarity Games and Asian Games 2018 respectively. He also represented Pakistan at the 2018 Commonwealth Games in Australia and is the only Pakistani athlete to compete at the World Athletics Championship 2019. 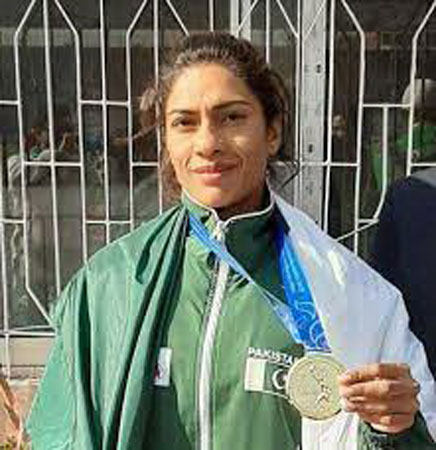 This talented athlete is making her second appearance at the Olympics after the Rio Olympics 2016. Najma will participate in the 200 metres race event. The Pakistan Olympic Association helped Najma to be part of the Tokyo Olympics after the Athletics Federation of Pakistan did not consider her for Universality Place Quota for the Tokyo Olympics. She clinched six gold medals at the 2019 National Games held in Peshawar and also won a gold medal in 400-metre hurdles, two silver medals in200m & 4x400m relay, and a bronze medal in 4x100m hurdles at the 2019 South Asian Games. 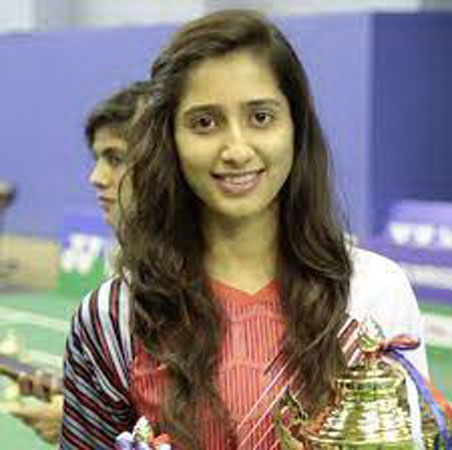 She was the women’s singles badminton champion in 2017 and has participated in a number of international tournaments. Mahoor previously represented Pakistan at the 2014 Asian Games and 2018 Commonwealth Games. She will represent Pakistan at the 2020 Tokyo Olympics after receiving a tripartite invitation. 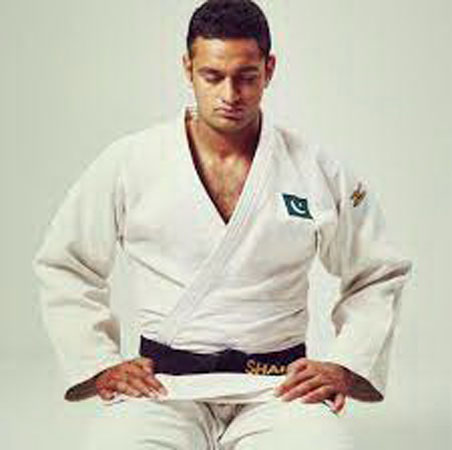 This competent fighter, and son of the 1988 Olympic bronze medallist Hussain Shah, is all set to compete at the Tokyo 2020 judo event. It will be talented Shah Hussain’s second appearance at the Olympics. He previously competed at the Rio 2016 Games. Shah Hussain, who is based in Japan, is two time South Asian Games gold medallist and winner of silver medal at the 2014 Glasgow Commonwealth Games. 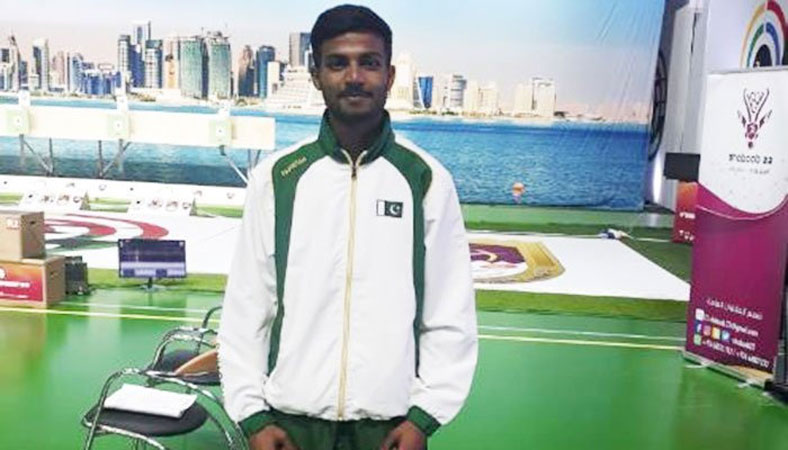 This brilliant 21-year-old shooter will participate in the 10m Air Pistol event at the Tokyo Olympics. Gulfam qualified on the basis his performance in the 14th Asian Air Pistol Championship in Doha, Qatar, where he finished seventh with a score of 137.9. Gulfam also won a silver medal at the 2016 South Asian Games. 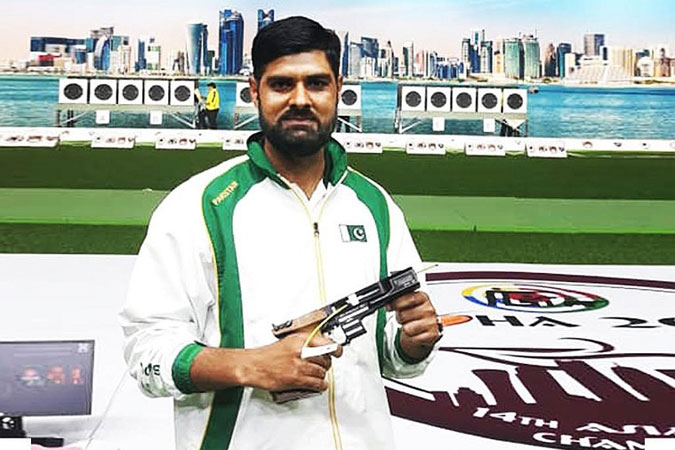 Bashir will compete in the 25m Rapid Fire Pistol. He was the flag bearer of Pakistan at the 2016 Rio Olympics and finished at 18th position. This time he has qualified on the Olympic quota. Bashir won a gold medal in the team event during the 13th South Asian Games. Bashir had previously represented Pakistan at the Asian Games as well in 2014 and 2018, whereas six World Cup participations are attached to his name so far, along with one Asian Championships entry that took him to 2020 Olympics. He finished fifth in the ranking at the time with a score of 581. Bashir is 25th in the world according to the latest ISSF Rankings. 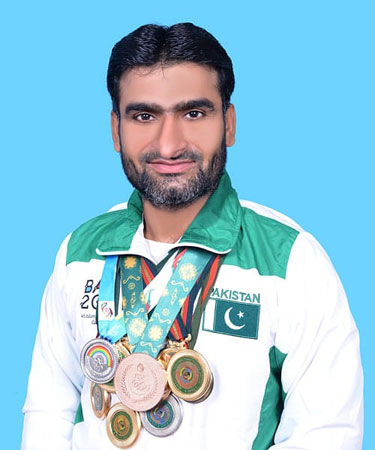 He is the third Pakistani shooter to make it to the Olympics. Khalil too will take part in the 25m Rapid Fire Pistol event. He won a silver medal at the 2016 South Asian Games and was ranked 6th in the 2018 Commonwealth Games. 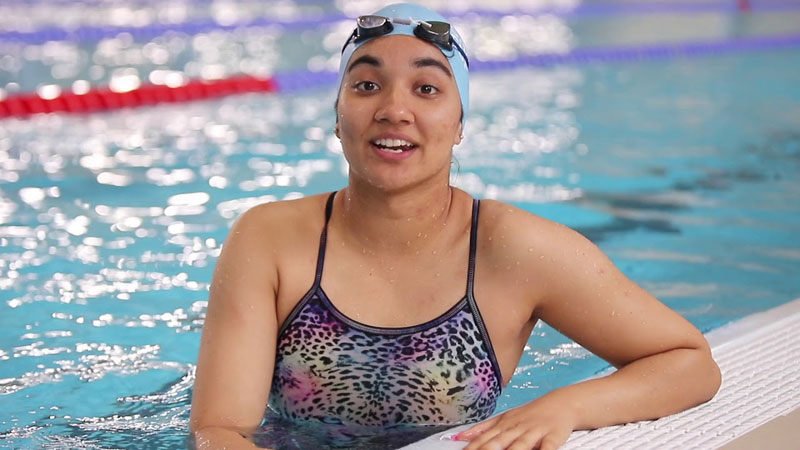 A talented young swimmer, Bisma will be participating in the 50m freestyle swimming competition at the Tokyo Olympics. Bisma is a silver medallist in 200m freestyle at the 2019 South Asian Games. She has also represented Pakistan at the 2018 Asian Games and the World Aquatics Championship. 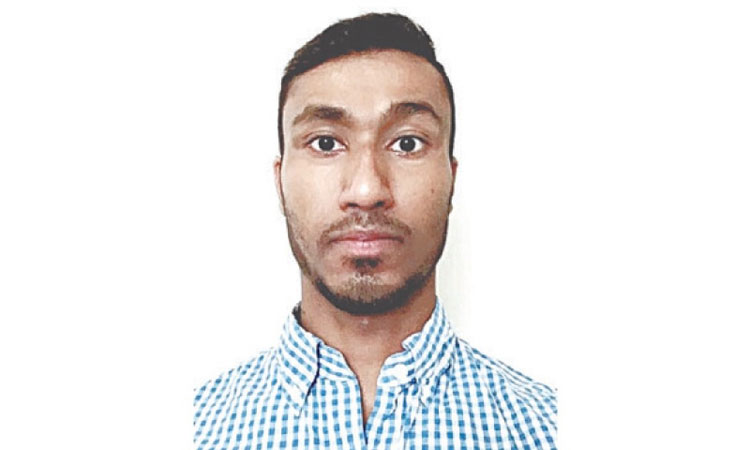 Tariq is a talented swimmer who will represent the country at the Olympics in the 100 metres freestyle competition. Haseeb has performed well in the national as well as international events and is also the national record holder in his category. 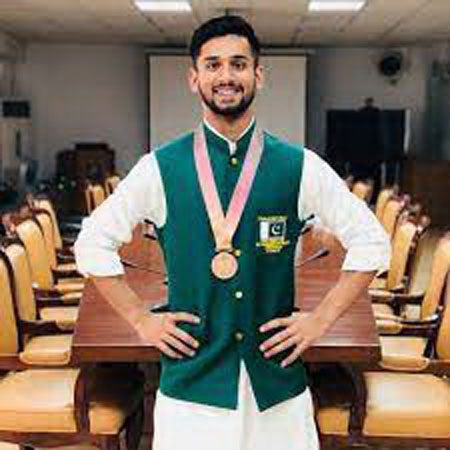 Talha is a weightlifter from Gujranwala will represent the country in the 67kg category during the Tokyo Olympics. He was national champion in the 62kg category and is the only weightlifter to qualify for the Olympics since the 1976 Montreal Games. Talha won a bronze medal at the 2018 Commonwealth Games and gold medals at the Commonwealth Weightlifting Championships and the International Solidarity Weightlifting Championships. 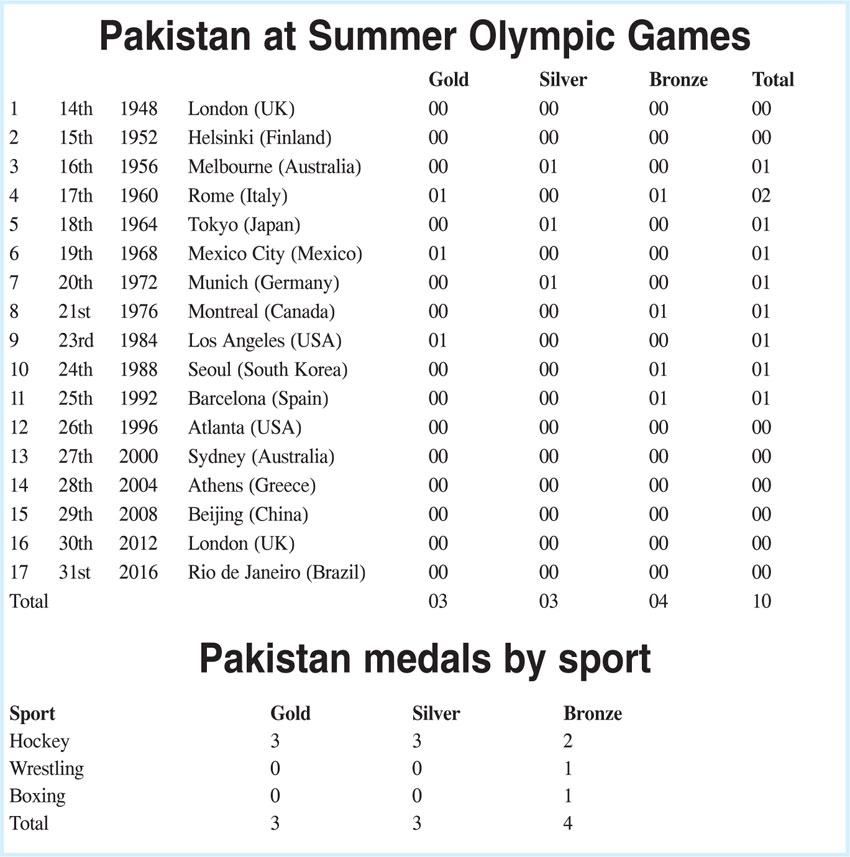