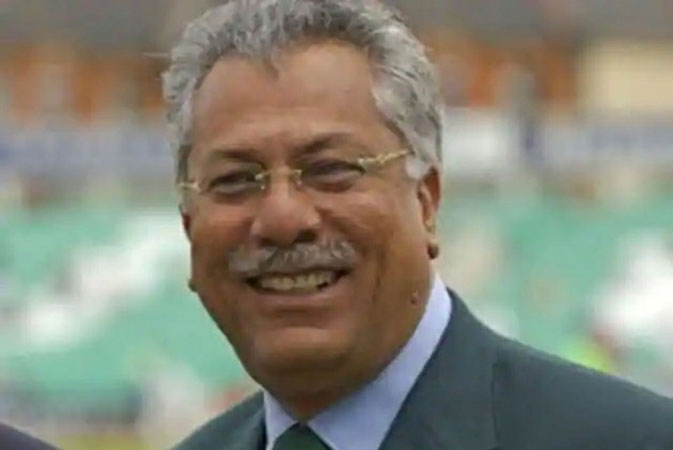 LAHORE: Classical strokemaker Zaheer Abbas celebrates his birthday on Saturday (today). He turns 74. Zaheer is Pakistan’s iconic cricketer who always played the game with skill, flair and in the true spirit. Born on 24 July 1947 in Sialkot, playing in glasses for much of his career, Zaheer played or Pakistan from 1969 to 1986 and is the only batsman to have hit two separate hundreds in a first-class match eight times. He twice made Test double-hundreds in England: 274 at Edgbaston in 1971 and 240 at The Oval in 1974. He also served as International Cricket Council (ICC) President from June 2015 to 2016.

A stylish and elegant batsman Zaheer was a colossus in Pakistan cricket. Many would not have imagined that Sir Donald Bradman would be re-incarnated in such a way. Such was his gargantuan run-making ability that many labeled him as the ‘Asian Bradman’. In 1982––1983, he became the first batsman to score three consecutive centuries in one-day internationals. Zaheer played 78 Tests and 62 ODIs from 1969 to 1985, in which he scored 5,062 and 2,572 runs respectively. He also played in the 1975, 1979 and 1983 ICC World Cups and captained Pakistan in 14 Tests and 13 ODIs. With 108 centuries, Zaheer is the only Asian batsman to score a series of first-class centuries, as he finished his 22-year career with 34,843 runs. Many observers of the game, at the start, did not regard Zaheer too highly. They reckoned that he had a faulty technique and that his high back lift would not work against pace bowlers. However, he silenced the critics in a spectacular display of batting against England at Edgbaston in 1971. His 274 was a sight for the gods as he plundered and pounded the England bowlers into submission. This allowed Pakistan to reach 608-7 declared. England could not avoid the follow-on but managed to avert defeat thanks to a solid batting display in the second innings. He continued to pile on the agony for England when he blasted 240 at the Oval in 1974. His appetite for runs never ceased as he continued to plunder runs against Australia in their own den. He ended up as the leading run-scorer in the three match series against Australia with 343 runs at an average of 57.16.

The key to Zaheer’s supreme run-scoring ability was his timing. His subtle use of the wrists, combined with his ability to precisely pierce the gap, contributed to Zaheer’s batting. His elegance made him a treat to watch for every cricket lover all over the globe. If England suffered at his hands, he had India begging for mercy. Out of his 12 Test centuries, half were scored against India. He averaged a whopping 87 against them and brought up several records in the process.

During the 1978 series against India, he scored 583 runs in five innings at an average of 194, a world record at that time. More pain followed for India in the 1982-83 series. He started off with another double century and racked up centuries in Lahore and Faisalabad as the Indian bowlers found no answers to his batting prowess. At one point, during India’s tours to Pakistan in 1978 and 1982, he ended the careers of several Indian spinners. Bishen Singh Bedi, Erapalli Prasanna and Duleep Doshi were some of the men whose career came to a halt due to Zaheer’s brutal assault. Sunil Gavaskar has said on commentary that Indian the team used to refer Zaheer as ‘Zaheer Ab bas karo’, which means ‘Zaheer stop it now’ in Urdu.

Zaheer represented Gloucestershire and played a vital part in the fortunes of the county. In the 13 glorious seasons devoted to the club, he scored in excess of 1000 runs in almost every season. In those 13 years, he played 206 matches, scoring over 16000 runs at an average hovering close to 50. Zaheer’s 100th first class century was a double ton that he scored against India at Lahore in 1982. He was indeed the man for the big occasion.

After that series, his form waned. He managed to captain the country only when Imran Khan was ruled out due to injury. However, by that time, old age had dulled his reflexes and he struggled to cope up against pace bowling. He retired from the game in 1985. He served as a match referee for a couple of games and remains one of the most important personalities in Pakistan cricket even today. If Fazal Mahmood ushered in the bowling renaissance for Pakistan in the early fifties, then one can credit Zaheer for ushering in an era when Pakistan’s batsmen would steal the show starting from the 70’s. For modern Pakistan batsmen, the benchmark for greatness has and always will be Zaheer.