Pakistan, the world’s fifth-most populous country with over 225 million, is perhaps one of the most strategically located Asian states. While no one can contest the importance of its geopolitical and geo-economic location, many still fail to understand its complexities and challenges.

Yes, we are enjoying excellent political and economic terms with China–the second-largest economic power, but what about our harrowing past with India and our rocky relationship with Afghanistan? Many regional observers are left puzzled by South East Asia’s delicate and convoluted political and economic crisscross. However, in the backdrop of the recent conference in Tashkent, Uzbekistan, the overall interdependencies have become even more bewildering.

The official statement given at the end of the Central and South Asia: Regional Connectivity Conference is a glimmer of hope for countries like Pakistan. It only took us 70 years to begin to find ourselves flourishing amidst tough competition in the region. Filled with promises of collaboration, improved infrastructure and increased investment and trade, the conference did not go by without a spectacle by Afghan President Ashraf Ghani. As he repeated his oft-delivered hate speech against Pakistan and reiterated how Pakistan was solely responsible for political unrest in Afghanistan, the Indian delegate stood behind his narrative. Once again, Pakistan was left dismayed and disappointed on an international forum. Still, many appreciated Prime Minister Imran Khan’s responses to these baseless accusations. However, the volatile state of South Asian politics and economies demands serious attention from all relevant leaders.

If my readers are wondering how the newly-announced Quad Regional Support for Afghanistan-Peace Process and Post-Settlement is synonymous with taking the issue seriously, I request you to reconsider. Let’s begin by taking the Central Asian trading relations into the picture. The total population of the C5 is over 67.5 million, and China, Russia, and Turkey remain the main importers for these states. These economic giants thrive on their sound relations in this region.

Meanwhile, Pakistan has also expanded its trading wings in Central Asia with a potential to grow to $1.5 billion per year. Its bilateral trade with Uzbekistan stood at $34.3 million in the year 2020 with a bright potential to collaborate in automobile, agriculture, mining and other sectors. Imran Khan and his team’s Vision Central Asia policy is a step forward in realising this economic dream.

Similarly, China and Russia continue to forge new and stronger strategic alliances. They have already announced plans to increase their trade to $200 billion by the year 2024. This means a greater synergy between these countries, leading to Russia’s enhanced inclination towards the Belt and Road Initiative, and China’s greater interest in the Eurasian Economic Unit (EAEU). Also, China’s interest in Russian energy resources and ammunition and Russia’s inclination towards the Chinese face recognition program in addition to their mutual dislike of the US have encouraged these countries to build a strong relationship.

So, where does Pakistan fit into this labyrinthine?

Considering that Pakistan is starting afresh with Russia on the foreign relations front, things do look promising. Moscow is lifting the ban on Basmati rice, showing a keen interest in the Pakistan Steel Mills revival and even offering to sell its latest war technology. Also, Russia and Pakistan’s bilateral trade have witnessed a 46 per cent increase –an all-time high of $790 million. Pakistan is also aware of Russia’s interest in investing in its Karachi-Lahore gas pipeline project. There are also very real chances of expanding business in banking, pharmaceutical, fertilisers, and other sectors. According to many experts, these circumstances may lead to a troika between China, Russia and Pakistan, as I mentioned in my previous article.

Focusing on the Pak-Afghan relations, it is estimated that the countries can increase the trade up to 10 billion a year. The CASA-1000 Project will ensure surplus hydroelectricity from Kyrgyzstan and Tajikistan to Afghanistan and Pakistan and is worth $1.16 billion. Similarly, Pakistan, Afghanistan and Uzbekistan railway plan is a $4.8 billion project that will provide easy trading access in the region.

The brutal truth is that these vested economic interests are far too significant to risk or lose and critical to Pakistan’s ambitious GDP growth target.

Here we go back to the US troops’ withdrawal from Afghanistan, and after having explained, I just need to point to another critical factor – India. India has made considerable investments in Afghanistan (of $300 billion) in infrastructure, dams and other projects. And the Afghan Army Chief’s recently announced plan to visit India is expected to lead to a conversation related to military assistance and the security situation in Afghanistan. Also, we cannot ignore the propaganda about Pakistan’s possible collaboration to sabotage Indian investment.

Any person in their right mind will simply calculate the economic and human cost of unrest in Afghanistan for Pakistan and other countries and reach the obviously logical conclusion – peace over uncertainty. One must ask if China, Russia, India, and Pakistan are at the losing end of Afghan turmoil, why have we only seen sincere efforts from Pakistan? Why would India prefer a catastrophe in the region over stable trading relations? The answer lies in the fact that India has already sided with the US and its anti-China campaign; furthering itself from Russia. Pakistan’s vulnerability puts China in a weak spot by providing India with an opportunity to lead the region as an economic superpower and push the US’s agenda. Therefore, $300 billion is a small price to pay!

With all its might, Pakistan has been convincing the Taliban and the Afghan government for a peaceful resolution because it truly serves regional peace. However, I am way too sceptical for an optimistic outcome of the current Afghan clashes. I believe that if we were to investigate and dig deeper, we might find evidence of RAW funding to the Taliban. The sudden abandonment by the US forces is a plot to a much larger economic warcry against China and its allies. One that may destroy more than one country. It won’t just impact the Asian region but even lead to a global power shift. We all know what is truly at stake here–BRI, CPEC, Mazar-e-Sharif-Kabul-Peshawar railway, EAEU, Free Trade Agreements, and most importantly, a United Asian Front.

The divide and rule strategy only favours the “US Quad.” Henceforth, the Central and South Asian leaders need to put their foot down, unite for a more robust and united Asian Front and forge real alliances for a global economic phenomenon. Thus, the Economic Warcry must be waged now!

The writer is Special Advisor (Pakistan Institute of Management) and Foreign Research Associate (Centre of Excellence, China Pakistan Economic Corridor). He can be reached at hassnain.javed@hotmail.com 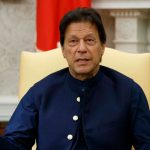