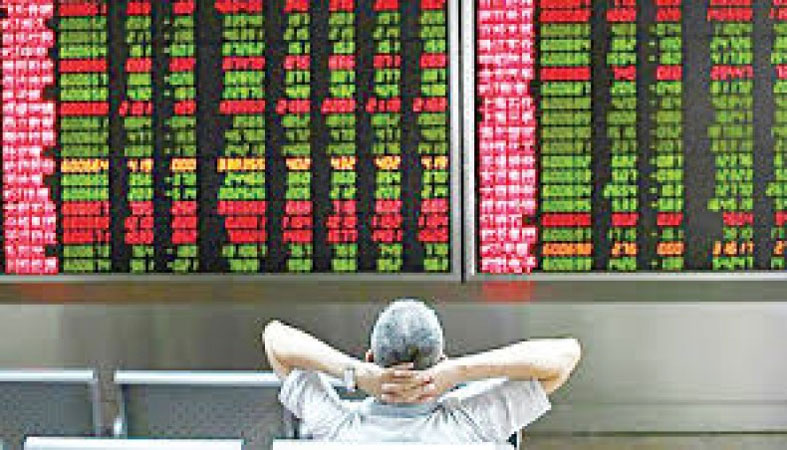 Asian markets wobbled Friday as investors struggled to maintain a global rally into a third day despite another batch of healthy corporate earnings, with the Delta variant continuing to cast a shadow across trading floors.

That positive mood has managed to withstand its toughest test yet, which is in the frightening spike in new coronavirus cases around the world — even those with good vaccination rates — that has forced several governments to re-impose lockdowns or containment measures.

Traders were given an extra lift by a pledge from the European Central Bank that while the Eurozone was bouncing back strongly, it would maintain its ultra-loose monetary policies until at least the end of March 2022, or until officials consider “that the coronavirus crisis phase is over”.

But Asian markets were more sluggish.

Hong Kong and Shanghai led losses, with observers saying tech firms were weighed by a Bloomberg News report that China was considering severe punishment for ride-hailing firm Didi Cuxing as officials probe what they called cybersecurity issues. The move comes weeks after the firm listed in New York, despite pushback by Beijing.

Singapore, Manila, Bangkok and Jakarta were also in the red. Sydney, Seoul, Wellington and Mumbai were slightly higher while Taipei was barely moved. Tokyo was closed for a holiday.

Still, analysts remain convinced that the latest stumble will give way to more gains for equities as more vaccines are administered, and despite the Delta surge.

“One of the most under-appreciated things about the equity markets right now is just how much these (company) earnings have risen, and how much analysts have had to revise their earnings estimates up,” Tracie McMillion, at Wells Fargo Investment Institute, said.

She said she was keeping tabs on the Delta spread in case it had an effect on consumer behaviour and the shift in the recovery from “great to really good”.

And market strategist Louis Navellier said any concerns that the Federal Reserve would consider tightening monetary policy would be soothed by an uneven recovery in the jobs market after data showed a surprise jump in unemployment claims.

He said the bank’s policy meeting next week would be pored over for any clues about its plans.

“Since the ECB was dovish with its statement… and boosted its quantitative easing, I expect that the Fed will also have a dovish (policy) statement,” he said in a note.

“This means that ‘Goldilocks’ is expected to continue, which is an accommodative Fed and strong economic growth.”

However, he added that US 10-year Treasury yields were dropping as investors shifted into safer havens owing to worries about Delta.