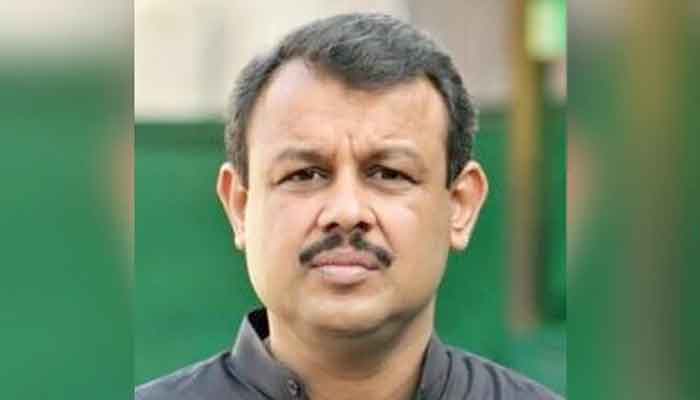 Journalist Asad Kharal,  was detained and taken into custody on Tuesday for allegedly firing shots at police officials in Lahore’s Kahna area,  he has been remanded into police custody till Sunday, June 25.

According to a statement released by police, during the police’s investigation, three sub-machine guns (SMGs), 128 bullets for SMGs, 41 “empties” (bullet casings) of SMGs, a few SMG magazines, and four wireless sets, along with three chargers for the sets were retrieved from journalist’s possession.

On Tuesday, Kharal allegedly beat two police officials  who were deployed for his security in line with a local court’s orders and tore their uniforms, sources revealed.

Following the incident, when senior police officials reached the site, Kharal said he wanted to resolve the matter through dialogue. When the officers went into the journalist’s house, he allegedly locked them inside.

After locking them, he allegedly fired shots at them, but they were able to escape and save their lives.