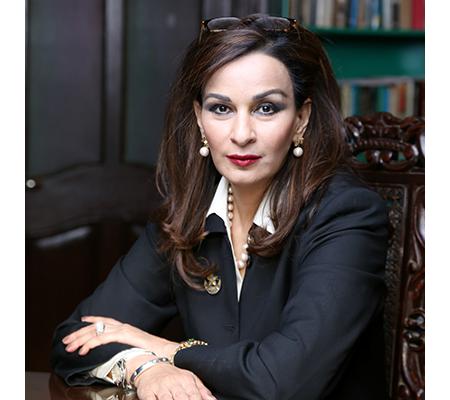 She stated that the Federal Ministers is clearly not abiding the rules announced by the Election Commission. The Minister, despite being ordered to leave AJK has been seen attending and addressing crowded rallies in AJK, she added.

Minister’s presence in AJK rallies is a sheer act disrespect towards the entire electoral process and that he should have left AJK on immediate basis after Election Commission’s announcement, she commented.

She further stated that Minister’s presence in AJK, despite directives by the authority, itself is an act of utter disrespect towards the institution itself, as it leaves a question on rigging-free elections in AJK.

In a tweet she said that PM Imran Khan has kept criminal silence over intentional violations against the given code of conduct and that the latter did not even bother to respond to Election Commission’s letter. Is this the standard of the so called ‘Naya Pakistan’ she questioned.

She also said that AJK elections, in the light of General Elections, would be considered as a test case for the Federal Government and that the government is making AJK Elections more controversial.