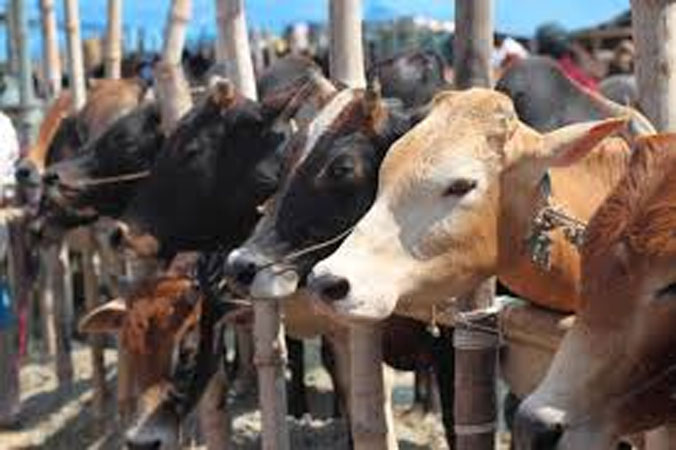 The Muslims of Pakistan are observing Eidul Azha today. Buying and selling of sacrificial animals gained momentum in the last few days before Eid.

According to an official from the city administration, a record sale of sacrificial animals was witnessed, including goats, sheep, cows, calves, and camels, despite rising inflation and a weak economy. Approximately, over 0.6 million animals are to be slaughtered today in the city compared to an average of 0.4 million every year on Eidul Azha.

The majority of the sellers were demanding absurdly exorbitant rates since the city administration had not introduced a price regulatory mechanism. A survey of several sacrificial animal markets revealed that goats cost Rs30,000 to Rs125,000, sheep and lambs cost about Rs40,000 to Rs155,000, and cows cost about Rs65,000 to Rs2 million.

Shakir Hussain, a resident of Gulshan-e-Iqbal, said that the prices of sacrificial animals had skyrocketed. He demanded the government to chalk out a strategy to control these outrageous prices so that blue-collar citizens can purchase animals and fulfill their religious obligations.

Yet many citizens remained hopeful and kept waiting for prices of sacrificial animals to reduce as sellers will want to dispose of all of their animals. Nadeem Anwar said sellers were asking for a lot of money, especially for goats. Eventually, they will have to reduce these rates if they want to sell all their animals, he added.

On the other hand, sellers maintained that the high cost of fodder, including transporting the animals, is the main reason behind the high prices.

The rising trend of online sacrifice was also witnessed in connection with an imminent 4th wave of the Covid-19 pandemic. Renowned brands and NGOs, including Carrefour, Metro, Imtiaz, Alkhidmat, Laal Meat, and many others, offered the convenience of receiving meat at consumers’ doorstep in the most convenient and safe means of sacrifice for people across the country.

Renowned personalities from Pakistan’s media and showbiz industries are adopting means of performing their sacrifices online concerning an imminent 4th wave of the Covid-19 pandemic.