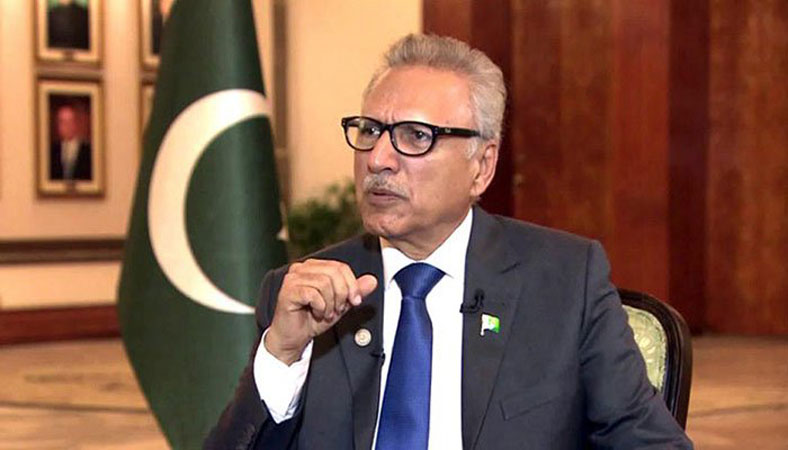 President Dr Arif Alvi on Tuesday rejected the representation of a bank against the order of Banking Mohtasib to refund the monetary loss of the account holder that occurred due to Electronic Funds Transfer (EFT) without his knowledge.

The president in his verdict wrote that it was the responsibility of banks to provide knowledge to its account holders about the use of technology to avoid such incidents.

“Our simple people need protection through knowledge of technology. Bank must ensure the same,” he stated in response to the representation filed by Habib Bank assailing the order of Banking Mohtasib, which had ordered it to refund the lost amount.

The complainant Ali Ghulam, a retired person who was maintaining his account with the HBL at Islamabad found through his bank statement that an amount of Rs607,804 was missing from his account through ‘Non 3D Secure Transactions.’

He made a complaint to the bank stating that no request was made on his part for activation of the internet banking facility and his personal credentials were used in the disputed transactions.

On finding no relief to his grievance, the complainant approached the Banking Mohtasib which thrashed the matter on the grounds that the bank did not produce any evidence that it had apprised the account holder of the pros and cons of electronic fund transfer and other related usage of technology at the time of establishing banking relationship.

The bank was also found non-compliant to instructions of State Bank of Pakistan Circular dated 10 June, 2016 which mandates the bank that “Card Service Provider shall take Consumer’s consent regarding utilisation of payment cards on various ADC’s or their cross border usage while maintaining record of consent as per SBP record /retention policy.”

The president in his order said resultantly, the loss of money to the complainant had occurred due to the reason that the bank’s facility of EFT was made operational without his request and consent.