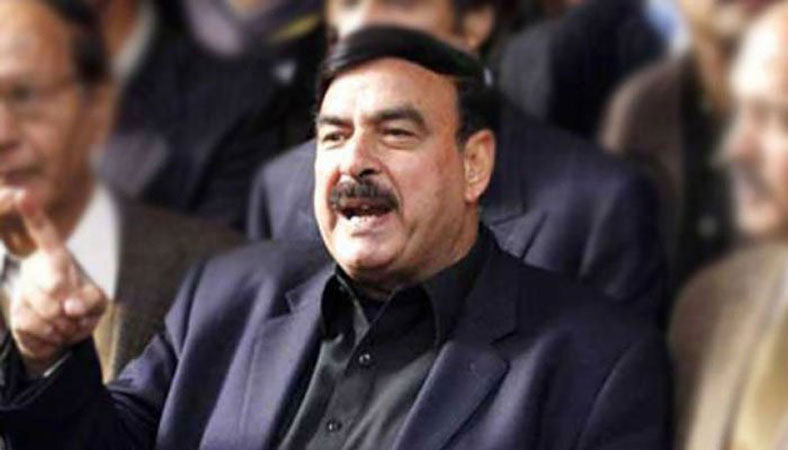 Interior Minister Sheikh Rashid has accused Kabul and New Delhi of trying to distort the facts related to alleged abduction of the daughter of Afghanistan’s ambassador to Pakistan, a private TV channel reported.

“It was not a kidnapping to begin with and is part of a series of attempts to defame and destabilise Pakistan,” the minister told a press conference in Rawalpindi. He denied that the taxi drivers had picked up another man during the course of Silsila’s rides, maintaining that no evidence of her abduction was found during the investigation. “No man sat in any taxi and according to our investigation, this is not an abduction case,” he said as he repeated his earlier stance. “However, Afghans, [who are] our brothers, and Indians are trying to twist the facts.”

He said the incident was being used as a way to “defame our country”. “Pakistan will not back down from this case, even though there is a huge difference between her (claim) and our findings,” he added, inviting Silsila Alikhil to help with the investigation.

The interior minister hoped that the Afghan ambassador would become part of the investigation, adding that the government registered the case itself. “Everyone’s daughters are equal, it would have been appropriate if the Afghan ambassador had not gone back,” said the minister. He also added that his ministry has given the footage related to the case to the Ministry of Foreign Affairs.

Rasheed said that the envoy’s daughter used the internet throughout her journey, adding that the men accused of the kidnapping were hard-working taxi drivers.

He added that conspiracies were also being hatched to cause misunderstandings between Pakistan and China, and create a law and order situation. “Certain international powers don’t want Pakistan and China’s friendship [to flourish], and hence, they perpetrated actions such as the Dasu [bus tragedy],” the interior minister alleged.

Terming these incidents a part of “hybrid warfare” against Pakistan, Rashid said “efforts are being made to give a [false] impression to the rest of the world that the security situation in Pakistan is not good.” He further said that Prime Minister Imran Khan has instructed the inspector generals and security agencies to closely monitor the security situation in the country. He added that despite the findings of the investigation and Silisila’s claim being starkly different, a first information report (FIR) of the case had been registered and the state would fight the case on her behalf even though she has left the country. “We have completed our investigation, but [since] we respect her [Silisla’s stance], we have registered an FIR,” Rashid said, adding that he hoped she would soon become a part of the investigation.

Replying to a question, the minister said the footage pertaining to the case had been sent to the Foreign Office and now it was their responsibility to inform Afghan diplomats about the situation, adding that the fourth taxi driver involved in the investigation had also been traced. He maintained that none of the taxi drivers involved in the investigation had a past criminal record that indicated their involvement in the abduction. “This is all an effort to malign the image of Pakistan,” Rashid said, adding that as per the prime minister’s directives, the probe of the case was completed within 48 hours and the findings were sent to the FO and the PM House.

To another question about the situation in Afghanistan, he said it was the neighboring country’s internal matter and Pakistan would accept whatever the Afghans decide. “The policy of the Pakistani government is clear. We will not interfere in Afghanistan. We will not let anyone use our land against Afghanistan and expect the same in return.”