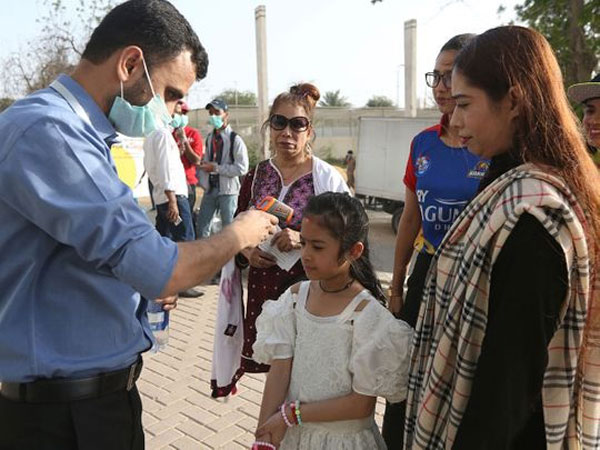 The national tally on Monday of total active Covid-19 cases was recorded at 48,850 with 2,452 more people testing positive for the deadly virus and 903 people recovering from the disease whereas 24 infected people were admitted in the hospitals in critical condition on Monday.

Around 30 corona patients died on Monday, 28 of whom were under treatment in the hospitals and two in their respective homes or quarantine facility, according to the latest updates issued by the National Command and Operation Center (NCOC).

Most of the deaths were reported from Sindh and followed by Punjab. Out of the total 30 deaths, 21 were on ventilators.

There were 2,532 coronavirus infected patients under treatment in critical condition and 24 of them were admitted in various Covid dedicated healthcare facilities of the country on Monday. The national Covid positivity ratio during last 24 hours was recorded as 4.95 percent. The Covid positivity ratio is the percentage of actual positive cases appearing in every 100 tests performed to identify infected individuals.

The maximum Oxygen beds (altAbout 22,811 deaths were recorded in country since the eruption of the contagion. Around 5,720 people perished in Sindh, 17 of them died in hospitals and one out of the hospitals in the past 24 hours.

Some 10,881 people died in Punjab with nine deaths occurred in hospitals and one out of the hospitals in the past 24 hours.

Adviser to the Sindh Chief Minister Murtaza Wahab on Monday warned that the Covid-19 situation in Karachi had become very “dangerous, alarming and concerning” ahead of the upcoming Eidul Azha holiday. Addressing a press conference in Karachi, the adviser noted that the city’s positivity rate had increased to 23.12 per cent in the last 24 hours when it was 8.5-9pc 10 days ago. He said Covid-19 standard operating procedures (SOPs) weren’t followed by people after the Sindh government relaxed restrictions which led to the positivity increase. “Now Eidul Azha is coming […] and it’s a very dangerous, alarming and concerning situation [in Karachi],” he added.

He called upon the public to follow SOPs for “your own benefit” and get vaccinated. “The government doesn’t want that there is strictness and we impose restrictions again because when we do then sometimes the PTI says something and sometimes the MQM (Muttahida Qaumi Movement) does [but] no one thinks about doctors, health workers and hospitals,” he said

Wahab said that people were falling ill in large numbers, turning towards hospitals and getting hospitalised, adding that “the situation is again developing to a dangerous extent.” Reiterating the need for everyone to get inoculated, the adviser said vaccines were present in “ample numbers”. Without vaccinations, he said the government would be forced to take “strict decisions”. “I want to tell citizens that the situation today is dangerous and concerning and if in the next few days we don’t adhere to the SOPs then these numbers (positivity rate) can become more dangerous. If they become more dangerous and there is no longer space left in hospitals, then the citizens will face the loss. We all need to understand the dangers of Covid-19 irrespective of politics on the basis of humanity, support our government, follow SOPs, adopt social distancing [and] wear masks,” Wahab stressed.