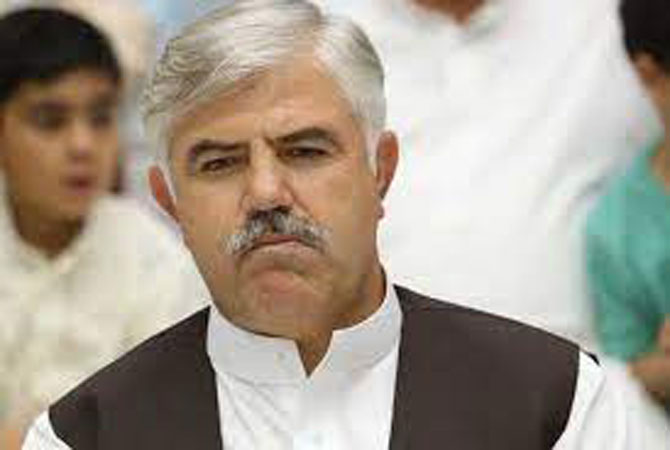 Chief Minister Khyber Pakhtunkhwa Mahmood Khan has directed the quarters concerned to ensure progress on new and ongoing tourism roads projects within stipulated timelines and said that timely completion of those projects was of vital importance for the promotion of tourism activities in the province.

He issued these directives while chairing a meeting regarding construction of access roads to tourism sites, here the other day in Chief Minister’s House, said an official handout issued here on Monday.

The meeting was briefed in detail about tourism roads projects reflected in current Annual Development Program (ADP). The meeting was told that work on various projects of roads with billions of rupees was underway in different regions of the province especially in Malakand and Hazara region to facilitate the tourists.

It was informed that construction of 11 different tourism roads in Malakand division was in progress with revised estimated cost Rs.4812 million.

Similarly, in order to improve accessibility to tourism sites in Hazara division work on six different roads was also underway which would cost Rs. 4655 million.

The meeting was further told that under the Integrated Development Project, work on two different schemes was also in progress which included improvement and rehabilitation of 24-KM Abbottabad to Thandiayani and 23-KM Mankiyal to Bada Sarai roads, the estimated cost of these schemes is Rs.2584 million and Rs. 3480 million respectively.

The chief minister on the occasion,directed the authorities concerned to float the tenders of the matured schemes so that physical work on those schemes could be initiated well in time adding that e-bidding and e-tendering be adopted for the purpose.

The chief minister said that promotion of tourism activities in the province was one of the top priority areas of his government, and huge resources were being spent on this.