Stop shaming others for their age: Ayesha Omar 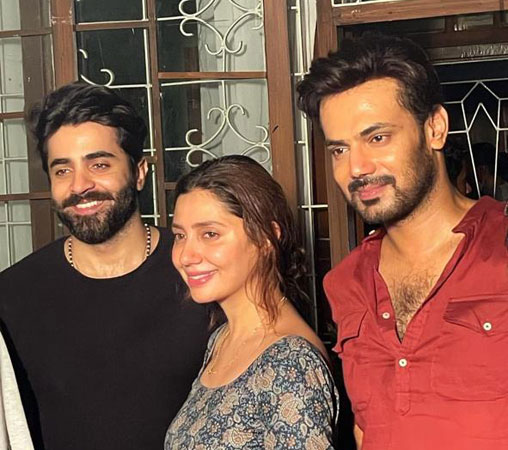 Ayesha Omar has once again sounded off on online trolls who left ageist comments on a recent picture of Mahira Khan on sets of her new film.

After Mahira’s costar Zahid Ahmed shared an after-pack up picture with her, many online pages reposted the same, evoking rude comments about how Mahira looked in the picture – mind you, the picture was taken after a long day of shooting.

“Mahira looks sooo old,” read one comment, with many others echoing the same.

Ayesha Omar then sprang to Mahira’s defence in the comment section, asking, “And what’s wrong with that?”

‘Mahira looks sooo old,’ read one comment, with many others echoing the same

“She is beautiful inside out, regardless of the number of years she has lived. We are all older and hopefully wiser,” she said, adding that every living is bound to go through the natural process of life which includes ageing.

The Bulbulay star further urged people to be more considerate. “Can we please take a step back and check our words? Can we please stop shaming others for their age, colour, physical appearance, clothes etc.?” she asked.

She also clarified that she did not mean to point just one person out but that the overwhelming majority of comments had gotten to her.

“Let’s be kinder, let’s put ourselves in others’ shoes, sending you love and light,” she added in conclusion.

Earlier, Ayesha banded with fellow TV stars Nausheen Shah and Iffat Omar to take down an online troll that left an ageist remark under Iffat’s Instagram post with veteran actresses.

In a lengthy yet much-needed comment, Ayesha asked why people used ‘age’ as an insult or in a derogatory way.

“Most humans will get ‘budha’ in their lives it’s a natural human process. In fact, it’s a blessing to be alive and healthy in the latter part of your life,” she said. She then asked some important questions: “Aren’t your parents old, Mr Troll? Or your grandparents? Do you insult them for their age too?”