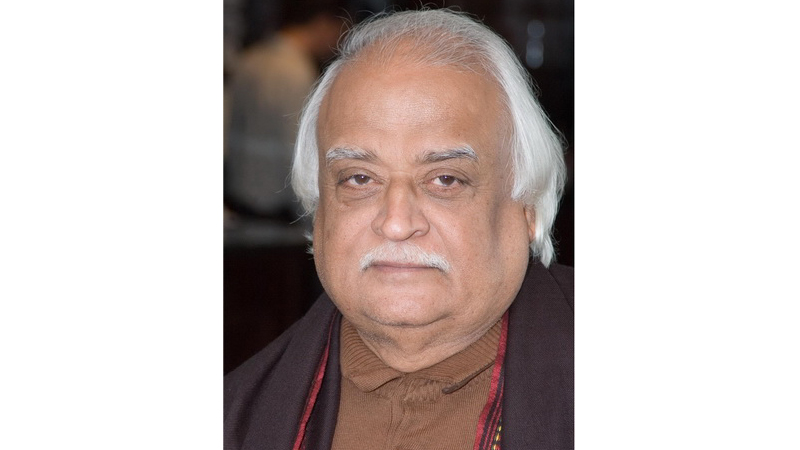 Theatre in Pakistan is currently at a standstill due to the coronavirus, there are occasional snippets that hint at exciting developments.

One of those snippets was the poster for Saadhay Chauda August, the third and final theatrical production in playwright Anwar Maqsood’s theatrical trilogy, which began ten years ago with the thespian troupe Kopykats Productions.

The series had begun with Pawnay Chauda August, a hugely successful play that played to packed houses and revived the trend of going to the theatre. Sawa Chauda August was the second instalment, also winning extensive critical and commercial acclaim.

Following this, the Chauda August omnibus was put on hold, and other plays such as Aangan Terha and Half Plate took centre stage.

A theatrical adaptation of Haseena Moin’s hit drama Ankahi was in the works with the late Haseena Moin.

Covid, on the other hand, suspended theatre last year and continues to do so this year. Maqsood finally turned his attention to the ‘Chauda August’ series.

“I started writing Saadhay Chauda August but then I left it in the middle. Theatre had come to a standstill and it was the sort of drama that needed to be staged to a full house rather than an auditorium at a 40% or 50% capacity,” says the playwright. “Now though, the script is almost complete. I have still told Kopykats Productions that it should only be staged once things are better and theatres are fully open.”

Meanwhile, Kopykats Productions plans to stage Pawnay and Sawa Chauda August, two of their earlier hits, later this summer. Given the ongoing coronavirus outbreak, the plays are likely to be performed in auditoriums that are only a fraction of their full capacity.

Kopykats Productions CEO Dawar Mehmood says, “We know that it will take some time for theatres to be fully functional but we do want to begin drawing people back to the stage. Pawnay and Sawa Chauda August were very successful but they were staged a while back and people may want to see them again. Also, there’s an entire new generation that has grown up and didn’t see the plays the first time around.”

“The play features interactions between Gandhi and Jinnah and is divided into four different parts: one set in Kashmir, the second in Lahore, the third in Delhi, and the fourth in Trafalgar Square,” Maqsood says.

In a recent interview, the playwright stated that he no longer considered writing for television because of the content that he saw on local channels.

“Today’s television entertainment trends are not my style. My performances are solemn. There isn’t any vulgarity here. Even in my comic dialogues, there are messages,” he said. “I’m more of a theatre person.”

About the staging off the play he said, “Perhaps by next year,” but adds, “but we can’t be sure.” It all depends on the state of the coronavirus.”

In this bleak scenario, the Karachi Arts Council is reportedly considering building an open-air theatre, which would reduce the risk of contracting the virus even if a play was performed in front of a large audience.

“Yes, it is something they are working on,” Maqsood confirmed. “For the time being, it may be the only safe option. Things were improving, but now they are deteriorating again.