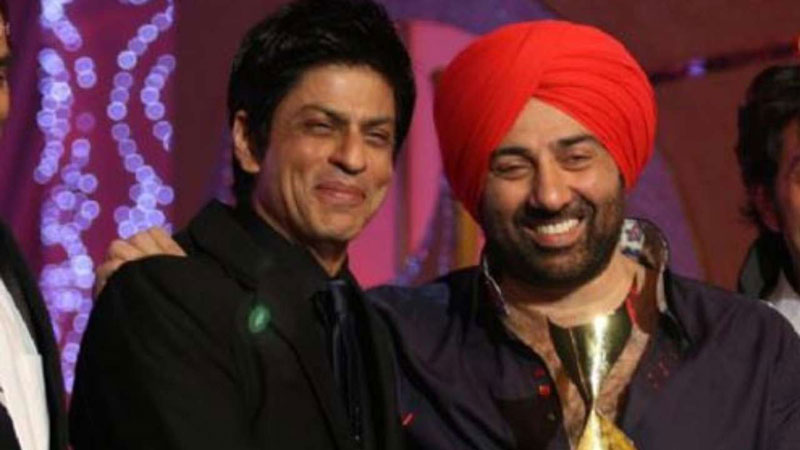 In Yash Chopra’s Darr, Sunny Deol played the quintessential hero while Shah Rukh Khan, who now rules Bollywood as one of its biggest superstars, was the anti-hero.

But did you know after the film’s release, Sunny and Shah Rukh did not speak to each other for 16 long years? Sunny was upset at the way his character was portrayed in the film while SRK’s Rahul Mehra managed to take over its canvas.

In an appearance on ‘Aap Ki Adalat,’ Sunny Deol walked down the memory late and recounted the disagreements he’d had with Darr’s director Yash Chopra on the sets of the film and how angry it had made him.

Sunny Deol opened up on how he disagreed with the climax of the film where Shah Rukh’s character stabs his commando character. “I had a heated discussion with Yash Chopra regarding that scene. I tried explaining that I am a commando officer in the film. My character is an expert and fit, then how can this boy beat me easily? He can beat me if I can’t see him. If he can stab me while I am looking at him, then I won’t be called a commando,” Sunny said.

However, the director refused to pay heed to Sunny’s complaints, which resulted in the actor ripping off his pants in anger. “Soon, out of anger, I didn’t even realise that I had ripped my pants with my hands,” he said. The actors didn’t speak for 16 years after the film released, but Sunny said that wasn’t deliberate. “It’s not that I didn’t talk but I just cut myself off and I anyway don’t socialise much. So we never met, toh baat karne ki baat he nahi hai,” he recalled.

In an interview earlier, Sunny said that his “issue with the film was that I did not know they would glorify the villain.”

Darr came out in 1993 when Sunny Deol was at the peak of his career while Shah Rukh Khan was still cementing his place in the film industry. It was also SRK’s first film with Yash Chopra.

Darr not only made SRK extremely popular, his “K-k-k-k-kiran” dialogue is remembered to this day. It was among a handful of ‘anti-hero’ films that the actor did in his career.