Bharti opens up on facing inappropriate behaviour by show coordinators 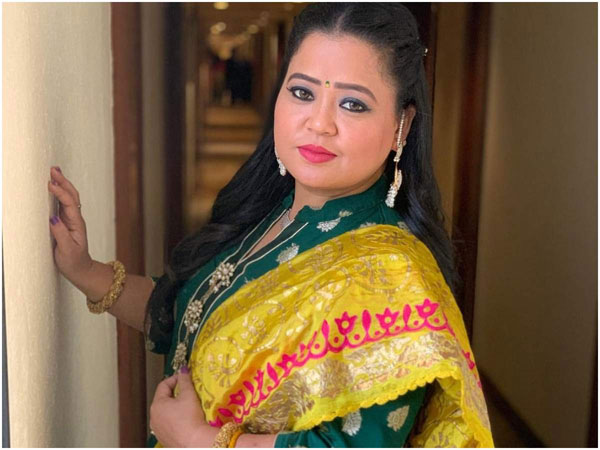 Popular comedienne and television personality Bharti Singh recently opened up on her experience with being inappropriately touched in the past by a few event coordinators on Maniesh Paul’s podcast.

She revealed that during events, at times, event coordinators would rub their hands on her back while congratulating her for her performance. Although Bharti didn’t have a good feeling about it, she couldn’t find the courage to defend herself as she thought that she was in the wrong.

She told Maniesh, “Someone rubbed their hand against my back. I didn’t know that he teased me. They would say ‘Bharti, it was an amazing show’ and rub his hand on my back. The coordinators who pay us. ‘You are too good, Bharti’ and rub their hands on my back. I know it’s not a good feeling. But he’s like my uncle, he can’t be bad. Maybe I’m wrong.”

Fortunately, the actress gained the confidence to voice her disapproval when someone touched her inappropriately.

“So I thought this doesn’t feel right but that uncle can’t be wrong. I had no understanding, Manish. I had no clue. But now I have the will to fight for my body, my honour. I have the confidence to fight. What’s the matter? What are you looking at? Go out. Now I can speak. Earlier, I had no courage,” she added.

In the same podcast, she had also spoken about her family’s experience with poverty and revealed that on certain days, they wouldn’t have enough food to eat and would have to sustain on roti and salt.

She told Maniesh Paul, “If I go home I’ll see poverty, I didn’t want to go home. No vegetables today. So make black tea and eat stuffed bread dipped in black tea. The noise from the machine while stitching dupattas. I’ve heard that for 21 years of my life because my mother used to stitch veils. I still get irked when I listen to it. Earlier, they used to eat roti with salt. But now they can afford dal and vegetables.”