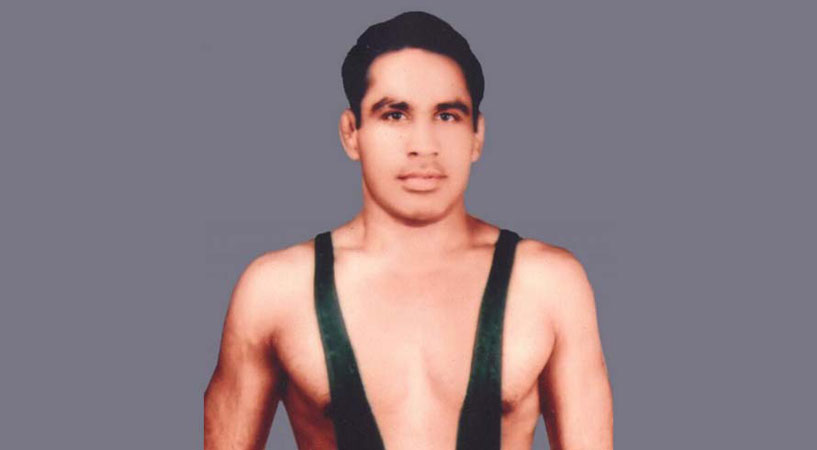 Mohammad Bashir remains the only wrestler in Pakistan’s sports history to have won an Olympic medal. He won bronze at the Rome Olympics 1960 and contributed to Pakistan’s best ever Olympics performance in which the country took two medals, the other being gold in field hockey. Bashir won bronze in freestyle wrestling in the welterweight class: 73kgs. Of his seven bouts in the welterweight class, he won four. In the final round, he was beaten by both contestants who finished ahead of him: Turkey’s Ismail Ogan who took silver and the United States’ Douglas Blubaugh who earned gold. At the 1964 Summer Olympics in Tokyo, Bashir competed in the lightweight class (70kgs) but only went up to the third round.

Despite having very limited resources in early years of Pakistan, Bashir, born in Lahore on 10th March 1935, continued to perform well and claimed gold medals in the Asian Games as well as in the Commonwealth Games. Bashir, one of Pakistan’s most celebrated wrestlers in its history, won three golds in the Commonwealth Games: 1958 Cardiff, 1962 Perth and 1966 Kingston. His medals at the Asian Games are: gold at 1966 Bangkok, two silvers at 1962 Jakarta, one in freestyle and the other in Greco-Roman style, in addition to bronze at 1958 Tokyo. Bashir received Tamgha-i-Imtiaz in 1962 and ‘Pride of Performance’ in 1968 from the Government of Pakistan.

Wrestling, popularly called Kushti in South Asia, a popular sport that brought great glory to Pakistan through coveted international titles, is now facing an uncertain future in the country owing to the Government apathy and dwindling interest among the youth. Kushti is a form of fighting similar to international wrestling and developed almost 3,000 years ago in ancient Persia, although its current format can be traced back to the times of the Mughal Empire in the subcontinent in the 16th century, and enjoys much popularity in India, Pakistan and Iran. In undivided India, the kings and emperors would retain wrestlers for regional competitions, but after the partition of the subcontinent in 1947, Pakistan did not nurture the sport. Despite that, until the 1970s, Pakistan wrestlers won 19 gold medals at the Commonwealth Games, five at the Asian Games and a bronze at the 1960 Olympic Games, one of the 10 Olympic medals the country has won. Since then, Pakistan has won an occasional medal in major competitions, the last of which was a gold medal in the 2018 Commonwealth Games, but its performance has declined over the years.

This game has gone down 80 percent in the country. Not many new wrestlers are joining the sport because neither private corporations nor the Government supports it with funds. It is lamentable that the Government’s neglect and poverty has helped consign the glorious feats of Pakistan wrestlers, locally called ‘pehelwan’, to fast-fading memory. Only a handful carry the torch for the next generation and few command the thousands of spectators of days gone by. It is quite unfortunate that there exists not much record on his life and achievements and today’s generation has forgotten heroes like Bashir. He died in Lahore on 24th June 2001.