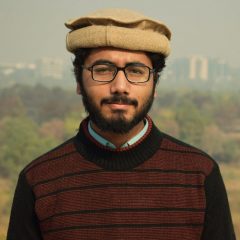 Imbalanced tug of war between Taliban and ANA

The Great Game in Afghanistan is in its final phase, with 95% of US troops withdrawal completed, Taliban are pushing the Kabul regime to the corner. The recent dramatic military victories pose a serious security threat to Kabul regime. The regime in Kabul is facing multiple security problems at hand. Beginning with a decrease in troops recruitment to the massive surrender of Afghan National Army.

Despite the fact that ANA is still a force of 250000 soldiers, it lacks military hardware, training, and professionalism. Moreover, compatibility, integration, repairing of military hardware is another major issue for the Afghan National Army. Amid all such problems, Afghan National Army is being tasked to deal with the immediate crisis which is the advancement of Taliban. Taliban have already managed to take over all major border crossings with all immediate neighbors including Iran, Tajikistan, China, and Pakistan, thereby, cutting off the land connectivity of the Kabul regime with regional players.

These ports and crossings are operational and Taliban are generating revenue from them, meanwhile ANA is unable to recapture even one of them. Such events have put ANA in a difficult situation because Taliban are generating revenue from those border points, which would be enough to support, expand and sustain military operations across Afghanistan.

The failure to recapture the strategic locations indicates lack of will as well as a lack of strategy to deal with the powerful counter-insurgency across Afghanistan. In fact, in most of the cities and towns, Taliban took over without any considerable resistance, while, in other areas, ANA troops surrendered after few clashes. The amnesty announced by the Taliban is another major factor. Both of the stakeholders have had enough of this war, therefore, they want peace and stability at the moment but unfortunately the Kabul regime cannot deliver on the table if it is not performing efficiently in the battlefield.

Talking about the will and strategy in most of the locations, ANA forces surrendered because the headquarters were unable to send reinforcement. This is a concern for Kabul but apparently it seems like ANA lacks the ability to sustain the battlefield for long. Winter season is around the corner in which battles would be much longer. But is Kabul regime a sitting duck? All regional and non-regional players are closely monitoring the building up of crisis and changing dynamics of the conflict. Many are already shifting policies and are adjusting to the current scenario.

Even though all regional countries have buffed up border forces but, meanwhile, Tajikistan and Iran have already started official engagement with the Taliban especially after they took over border crossings. All these parties are trying to develop working relationships especially in the context of trade and transit. For the Kabul regime, the political legitimacy is linked with the dominance in the battlefield, but Kabul regime is not performing well in that area of interest.

For the operations and counter-insurgency drive, ANA was heavily relying on US close air support. Post-Withdrawal Pentagon has refused to offer direct military support and would only be providing financial & military aid. The problem does not end here. ANA has limited options regarding the military hardware. ANA does not have enough time and resources to purchase new aircrafts and attacker helicopters because it would be a long-term modernization project. For now, ANA needs rapid modernization with a new conclusive strategy.

The security challenge is immediate. The majority of ANA grounded aircraft and helicopters are of the Soviet era, with the sanctions in place, the Kabul regime is not being able to collaborate with Russians to repair and maintain them. New Delhi operates many Russian aircraft and attack helicopters including Mi-17 & Mi-35 which can be the road for Kabul to put the car on track. US also does not offer funding or advisory support for this project. In fact it is pursuing Kabul to give up on all of those. The repairing and operationalization of 11 grounded Mi-35 will cost around $50 million. Over the years Delhi has assisted ANA, even provided with helicopters.

During the last week two Globe master C130 of the India air force delivered consignments to ANA, the consignment included 122mm artillery canons with other tones of ammunition. But regardless of the debate that Delhi is willing to invest $50 million for Mi-35 helicopters, the project seems unlikely to make any progress because just last month MD helicopters secured a contract of around $43 million related to Afghanistan air force 530F light attack helicopters.

ANA has around 75 530F’s but with this deal, US has likely offered an alternative to the project of Mi-35’s whose cost is almost the same. But would it be enough to turn the tables? Time will tell but with the security situation getting worse the security options for Kabul are also squeezing. Kabul regime now has to revisit the security policy and have to play within these limited security options.

Talha Ahmad is a Freelance Journalist. He is an independent Geo-Political Analyst, commentator, and keen observer of International relations. He can be reached at talhaahmed967@gmail.com and on twitter @talhahamad967